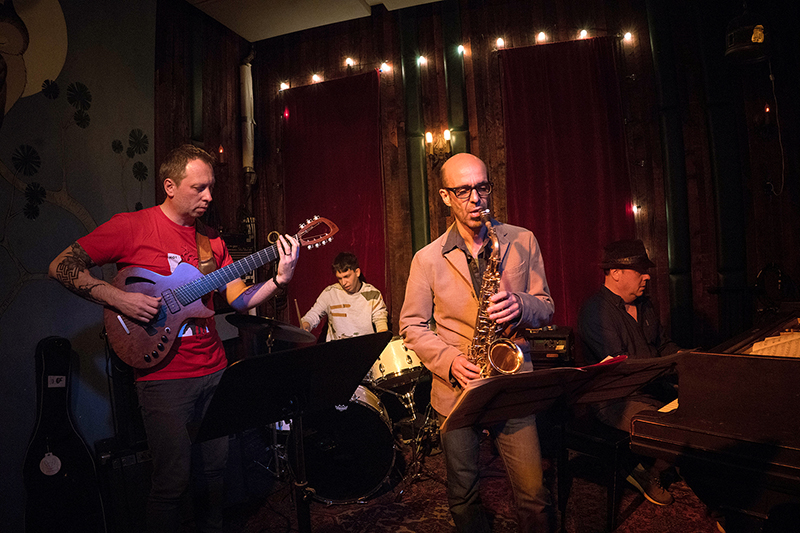 Music in general, and jazz in particular, is often a matter of meetings. Some meetings are made under pretexts that can be discussed. They are often called “projects”. Other meetings are made under the sign of the music and seem natural, obvious. They are often the work of great improvisers like these four musicians: Richard Bonnet, James Carney, Michael Attias and Samuel Ber.

When Richard met the keyboardist James Carney in Brooklyn, during one of his many visits to New York, recommended to him by Tony Malaby, he knew from the first notes that he had a long term partner. It was also Tony Malaby, Richard’s faithful partner, who recommended Samuel Ber, still at the Conservatoire, but who has since gone on to play with the cult group Kartet. As for Michael Attias, it was in Paris that Richard met him, before seeing him again and playing with him in New York. This saxophonist, who was noticed by Paul Motian and recorded with him, is now established in Berlin, as are Jim Black and many others: this promises to be a great concert, starting with this quartet of improvising friends who will take the material written by Richard Bonnet and James Carney and put it through the mill of their limitless imagination.