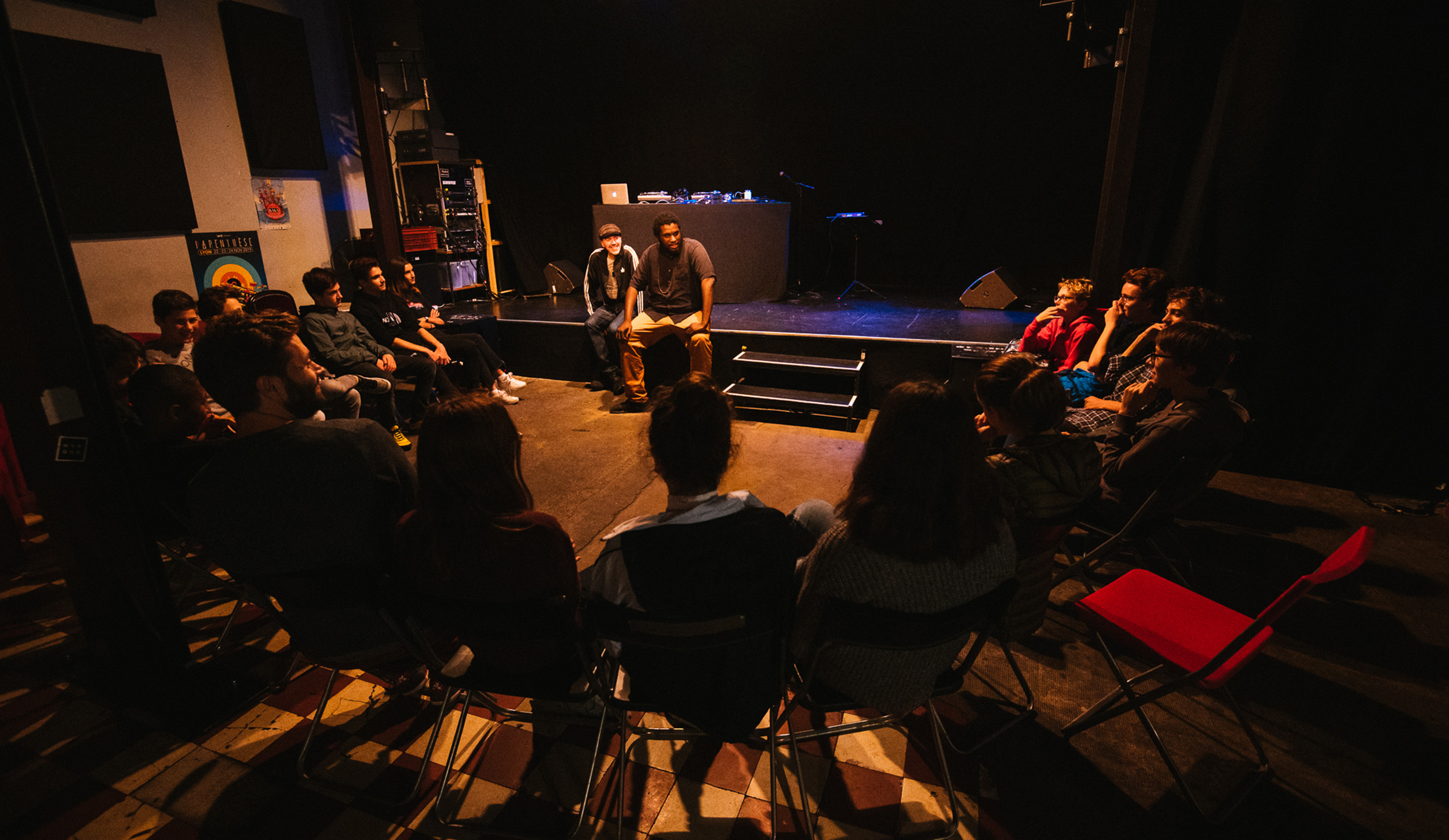 Meet Attitude is everything : the UK organization that stands for accessibility for all

With its “general public” workshops, l’Épicerie Moderne puts its public into action.

“Action Culturellle” in french means valuing artists and promoting their work by means other than the usual means of representation or exhibition. Often, this is done through workshops. The format offers great proximity and allows the sharing and sometimes even the transmission of the artist’s know-how, which opens up the possibility for the public to […]

Never Work with Children (or animals).

The challenges and opportunities of Music for Young audiences.

Patients from Saint Jean de Dieu hospital got to play music at Périscope.

In 2007, Le Périscope was born in Lyon: a project of a team mainly composed of professional musicians who decided to relocate a former craft premises located in the Perrache district, not far from the famous Brasserie Georges. Twelve years later, after the demolition of the Saint-Paul and Saint-Joseph prisons opposite it, this concert hall […]

Examples are too many to mention, but we need look no further than the strong role of jazz in the civil rights movement in the 1960s, by the likes of Max Roach and Nina Simone. Jazz was very important in upholding freedom in the Communist bloc after 1945, often being driven underground but still there. […]

Reaching Out to Other Communities

Let me start with a small story