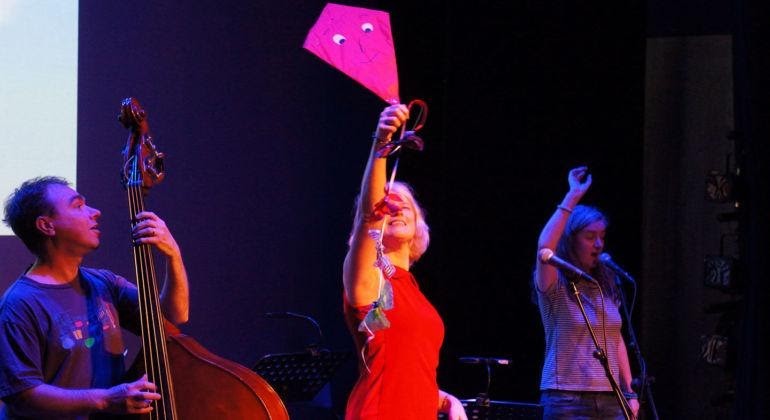 Never Work with Children (or animals).

Patients from Saint Jean de Dieu hospital got to play music at Périscope.

In 2007, Le Périscope was born in Lyon: a project of a team mainly composed of professional musicians who decided to relocate a former craft premises located in the Perrache district, not far from the famous Brasserie Georges. Twelve years later, after the demolition of the Saint-Paul and Saint-Joseph prisons opposite it, this concert hall […]

Why we need platforms more than ever.

Karolina Juzwa pleads for meeting and mutual assistance, even in times of health crisis.

Individualism as a fuel for the artists collective

"As Brexit looms closer, it is a good moment to assess how the relationship between musicians across Europe, as shown from the UK perspective, have grown and become intertwined over the past 40 years. The difficulties that will increasingly be placed on UK artists to continue being involved, which could become quite onerous at some stage, and even sooner if there is a no-deal Brexit." by Oliver Weindling

Examples are too many to mention, but we need look no further than the strong role of jazz in the civil rights movement in the 1960s, by the likes of Max Roach and Nina Simone. Jazz was very important in upholding freedom in the Communist bloc after 1945, often being driven underground but still there. […]

"I have felt for some time that the system of musician collectives has provided an important step forward for musicians and for the development of the jazz scene" by Tony Dudley Evans.

Can we still talk about a french jazz scene ? #2

"If the Europeanization of jazz continues to follow its course as the circulation of musicians and works accelerates, it is still relevant, in my opinion, to consider the French jazz scene as quite unique of its kind" by Philippe Ochem

Is it still relevant to talk about a french jazz scene ? #1

Journalists, researchers and professionals are invited to give their vision on the french jazz scene.