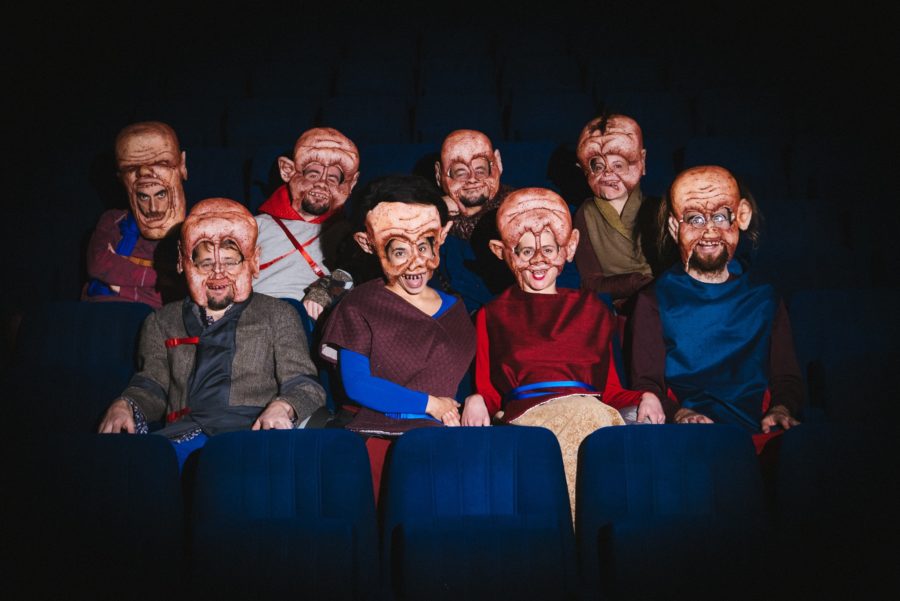 Carminative Sextet Mamcochon and Princess Goyaya maintain the World Ship of the Great Sbam in weightlessness with their soft and powerful voices with anti-gravitational powers. They are assisted by 4 eminent specimens of the Sbam : Acchiourdiou, the famous over-powerful percussionist pilot known for her high precision worthy of an atomic clock, of a note skillfully dosed on a xylophone, she can split a mountain or move a gorilla; El glutton, gorilla drummer with agile and independent limbs, master kung fu expert in hearing – kido, more powerful than a black hole he is also able to improvise fugues with 30 voices in the purest style of the great Jean Seb on well tempered toms; Herr Bassone, 4 strings soprano and bass guitarist, endowed with an extreme sensitivity allowing him to capture the cosmological diffuse background and to modify the vibratory phase of a quark with the help of his strings, a great master in the field of big sound, he can make a lozenge vibrate; and the referee, a great ubiquitous electro-pianist whistle in charge of unifying and tempering the multiple spirit of the Great Sbam, gifted with colossal virtuosity and whose tremolos can reach up to 80,000 beats per second, he would possess at the end of his 10 earth fingers the secret of the cosmogony of sounds. Compisitions: Guilhem Meier & Antoine Arnera.