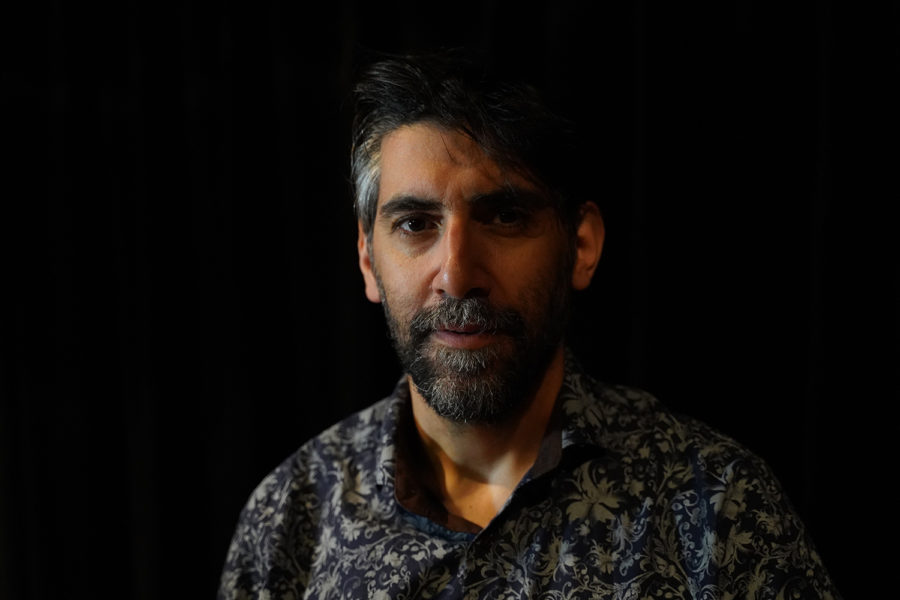 As a curious musician, he travels around the world improvising with many artists, singers and instrumentalists: the Breton Erik Marchand, the Irish-Cretan Ross Daly, the South Indian Ragunathan, the Sephardic Françoise Atlan, the flamenco composer Juan Carmona or his brother Bijan. These improvisations apprehend the particular characters of the different traditions and reveal in a surprising way the similarities by showing how the Iranian percussion can approach the sound of the Indian tabla, how the Breton language sounds almost Mediterranean

His instrument, the zarb, has found a place in the world of jazz. Keyvan has collaborated with such greats as Didier Lockwood, Sylvain Luc, Louis Sclavis and Renaud Garcia-Fons. An explorer, he also enjoys working with early music ensembles such as Dominique Vellard’s Ensemble Gilles Binchois, La Chapelle Rhénane with whom he recorded Schütz’s Psalms of David, and Leonardo García Alarcón’s Cappella Mediterranea, with whom he was invited to perform as a soloist and with whom he premiered Falvetti’s Il Diluvio universale at the 2010 Ambronay Festival.

Alone or surrounded by remarkable musicians such as his sister Maryam or with the trio formed in the late 90s with his father and his brother Bijane, he performs around the world. He reveals to his audience the infinite possibilities of Persian percussion. He has been able to transform the Persian musical heritage into multiform creations.