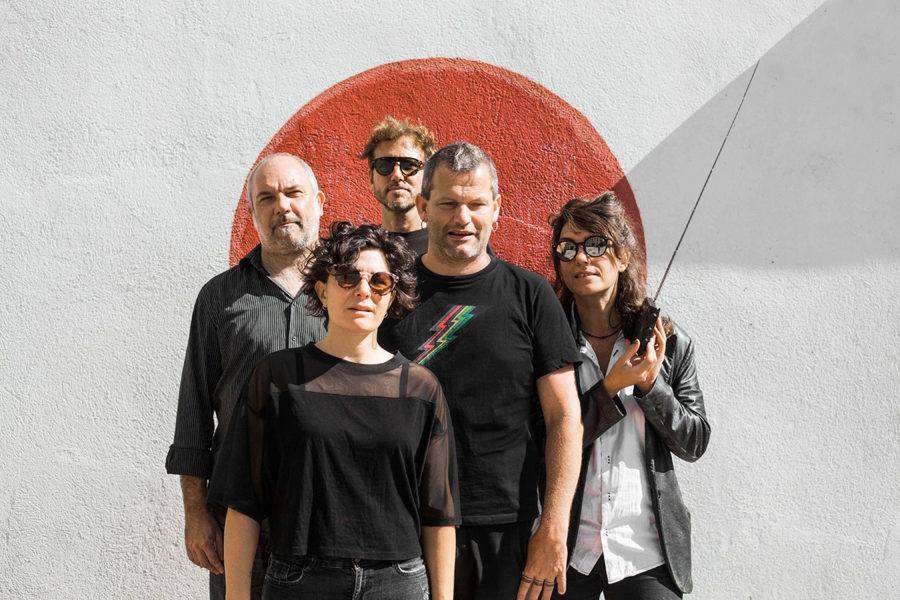 An original combination of strong musical personalities, we find Robin Fincker, Mathieu Werchowski and Fabien Duscombs of the group Bedmakers, to whom we add the electroacoustic bassist with a thousand timbres Fanny Lasfargues and the vocal performer Natacha Muslera, whose live voice mixes with others, recorded during the group’s wanderings. Amateur choir, friendly voices or fresh encounters, Future Folk Stories builds an original sound bank, made up of fragments of melodies, extracts of texts and recorded interviews dealing with the questions of the individual relationship to folklore and the projections of what could be our traditional music of the future. This sound material, piloted and reworked live by Mathieu Werchowski, multiplies the possible interactions and the interlocutors within the group.

Songs cut out then reassembled in the disorder, spoken phrases serving as switches to trigger multiple improvisations, hijacked Anglo-Saxon ritornellos, traditional hymns composed in the moment and ginned up on field-recording broadcasts make up this new repertoire. The quintet thus sketches the elusive contours of a character that would be none other than folk music “in person” in the multiplicity of its representations and its roles; at the same time current and anachronistic, outdated and by nature perpetually renewed. Future Folk Stories seeks to question a certain relationship to time, resolutely non-linear, by making multi-centennial melodies cohabit with free improvisation, in an electroacoustic device where the voice and its different avatars take a central role.