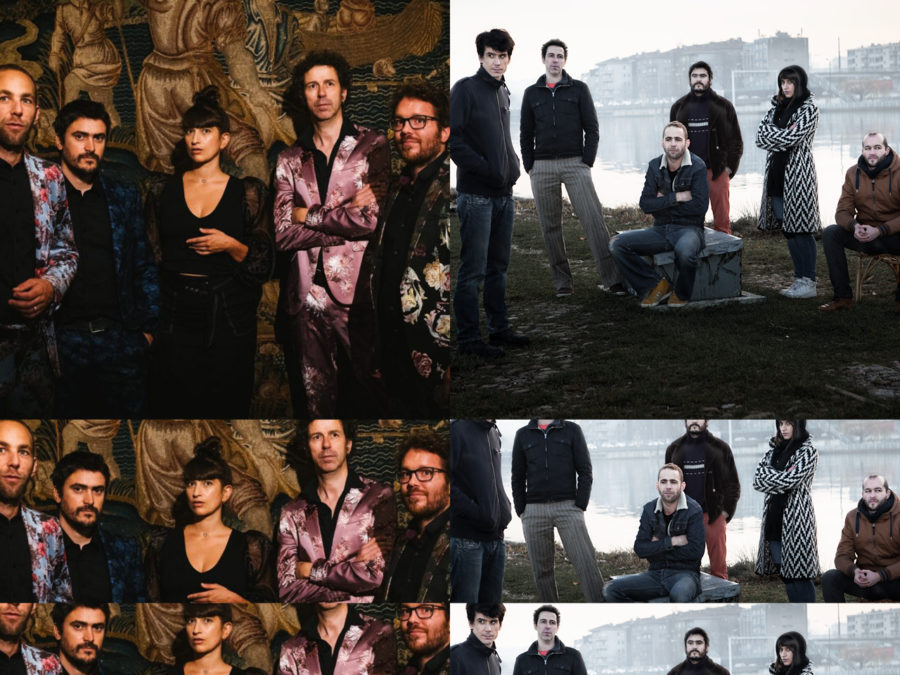 Singular group founded by Romain Dugelay, Polymorphie is an adventure in musical territories. An ensemble teeming with sounds and senses, Polymorphie returns to explore new areas of human intimacy. After madness (Voix, 2010) and confinement (Cellule, 2012), its new challenge is love in all its forms!

Claire Vénus offers a passionate and exciting journey among a demanding selection of ancient and contemporary poems (Cohen, Néruda, Eluard, Pasolini…). Around the form of the sonnet, a music between post-rock and libertarian jazz is articulated, between caresses and explosions, around the magnetic voice of Marine Pellegrini.

Composer and master builder(s), Romain Dugelay is once again the architect of this intimate and universal odyssey. He invites his trio Kouma (with Léo Dumont, drums & Damien Cluzel, guitar) and trombonist Simon Girard to this musical bacchanal, magnifying the multiple influences of these playing partners. Marine Pellegrini wraps herself in their cases with the power and grace of a modern-day nymph.

In two words: epic and lyrical!