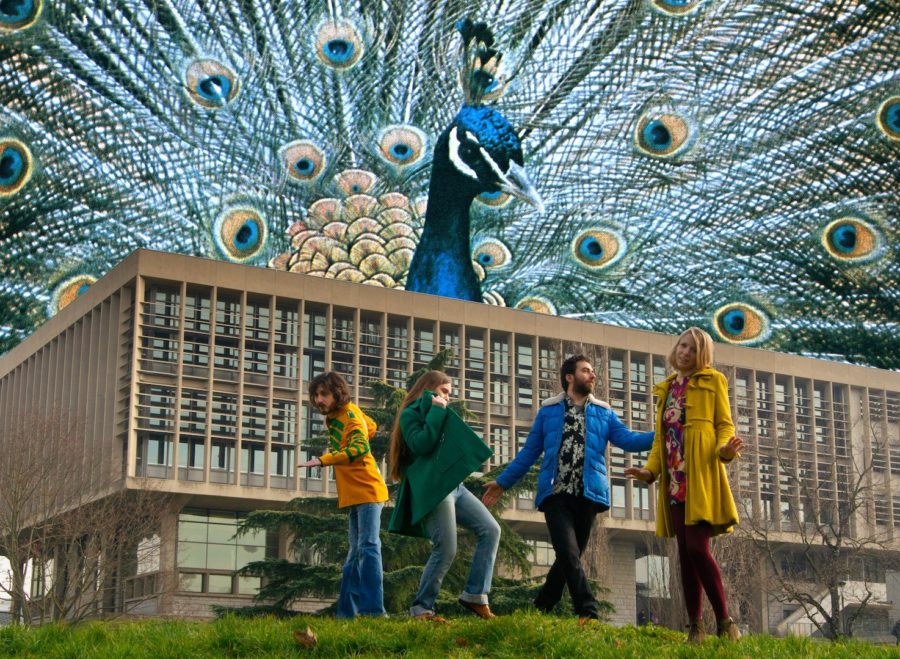 Borrowing its name from the album of the English group The Zombies, released in 1968, the Odessey & Oracle project continues to explore the paths traced at the end of the 1960s by English and American psychedelic groups with a particularly flowery style, sometimes described as “Pop Baroque”. Far from a “revival” type of aesthetic research, the trio is inspired by a certain freedom of those optimistic years when experimentation was everywhere and heretical approaches were popular with the crowds. Drawing their influences as much from the ancient classical repertoire (baroque, renaissance, medieval…) as from more contemporary electric music, the compositions with elaborate arrangements leave a great deal of room for counterpoint and hybrid instrumentations, using both ancient instruments (viola da gamba, baroque cello, ancient flutes…) and more modern specimens (electro-mechanical pianos, dobro guitar, banjo, analogue synthesizers…).