With its “general public” workshops, l’Épicerie Moderne puts its public into action.

A long-time partner of Periscope, the contemporary music scene l'Épicerie Moderne à Feyzin has always put the variety of its audiences at the heart of its project. Its so-called "cultural action" policy implements projects aimed at varied and targeted audiences. Today, however, grocers are asking themselves: rather than projects for everyone, why not think of projects for everyone?

“Action Culturellle” in french means valuing artists and promoting their work by means other than the usual means of representation or exhibition. Often, this is done through workshops. The format offers great proximity and allows the sharing and sometimes even the transmission of the artist’s know-how, which opens up the possibility for the public to create with him or her. If there is a particularly innovative place in terms of cultural action in the region, it is the Épicerie Moderne in Feyzin.

Active since the beginning of its adventure in the fields of programming for young audiences and actions in schools – to which we will return in future articles – it has also successfully proposed alternative formats such as the Rock Choir or the Modern Tropical Family Event.

The latest innovation to date is that “all public” workshops were launched two years ago.

“In traditional cultural action, we tend to focus on actions according to the audience: young people, retired people, schoolchildren, people who are far away or unable to attend…” explains Pauline Jupin, who is in charge of these projects at the Épicerie Moderne. “It’s an approach that allows us to address the particularities of each audience, so it’s very good, but we realised that it also has its limits. And that there were a lot of other audiences that were interested in this type of event. So we took the plunge! “As a result, small groups of 8 to 12 people were able to discover the paper cut technique with Don Mateo, among others, or try their hand at Creole singing with Olivya and Raphael from the Dowdelin group. These were outstanding experiences for the participants as well as for the artists, who are often very shy and also take advantage of this proximity to engage in a different conversation with their audience.
In fact, the proposal of “all-audience” workshops opens up a new space that brings cultural action and programming a little closer together. A programming that puts the public in action: what if this was the cultural action of tomorrow? 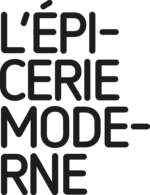