Reaching Out to Other Communities 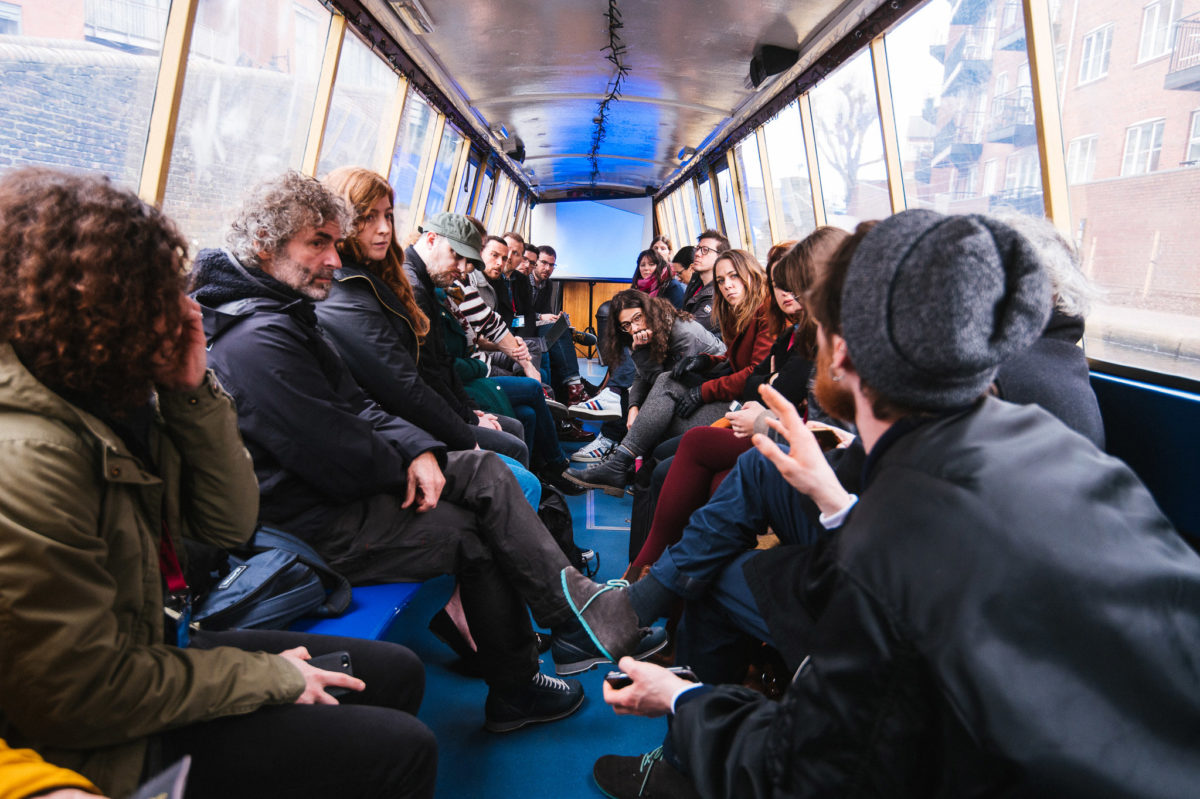 Let me start with a small story

I visited Istanbul for the first time in 2001. I was amazed by the vividness of the music scene. The diversity. The richness. And also the awareness that so little of that scene is presented on our stages in Belgium. Immediately came the idea of organising an event focusing on the Istanbul music scene.

Immediately came the idea of organising an event focusing on the Istanbul music scene. Ghent, my native city and the place where I work at Handelsbeurs*, has a large population of people with a Turkish origin (about 10%, started with a migration wave in 1960). I wanted the event to be a discovery for both the Turkish community and the so-called ‘native’ population. The late Mehmet Uluğ (Double Moon records, Pozitif and Babylon club) was a great help in making the programme come together. It was mostly a mix of traditional music and psychedelic rock. To promote the festival I worked together with De Centrale a music venue for world music in Ghent, with strong links to the Turkish community. The first edition of what became the Istanbul Ekspres Festival took place in 2006. It was a huge success. Most concerts had a great mix of audiences, but some concerts had apparently no appeal for the Turkish community.

I evaluated the festival programme with my colleague of De Centrale Attila Bakiroglu – a native from Istanbul married to a woman from Ghent and living in the city for over 20 years.. He told me that if we wanted to have a larger participation we would need to focus more on what the Turkish audience actually listen to, what they like. I have to admit, some of the music he suggested was not fully my ‘taste’ (which is more avant-garde, progressive, or whatever you call it), but it was a great opportunity to present popular music that never crossed the border to Belgium. Over the years the festival has grown, and has become really popular among the Turkish community in the city. For the 10th anniversary edition all concerts were sold out.

The success of the Istanbul Ekspres Festival made me also think about my function as an artistic director and programmer. Five years ago, I attended an interesting speech by Mehdi Marechal who was working for an organisation focusing on participation and democracy. Mehdi spoke about involving cultural-diverse communities in the arts and the role of the programmer.

This sounded on the same page with what I had done until the moment, but it also required me to take it a step further. I reached out to organisations I knew that worked within certain communities and invited them to talk and examine how we could put this theory into practice. An organisation called De Gentse Lente (The Ghent Spring), with roots with the Maghreb community of Ghent, responded to the invitation and we set up a beautiful event called Soiree Harira. An evening with food cooked by local communities and concerts of local bands where several musical traditions met. A cheap ticket and word of mouth within those communities made the first edition, 3 years ago, a success. The Handelsbeurs was beautifully decorated. Our foyer became a world kitchen restaurant. People sat together to eat, talk and then enjoy the music. Our production, technical and communication teams were completely at the disposal of the partner organisation and helped to make the evening a success. We have a similar relation with the Roma community. Together we organise Amari Luma (‘our world’ in romanesk language). My partner puts together the programme, organises workshops and takes care of the catering. The Roma community of Gent and other cities feel heartily welcomed. They dress up for this special event and feel at home in this cultural ‘palace’ (Handelsbeurs is a historical building of the 19th century completely restored).

Our next challenge is to invite more communities, searching new partnerships. For example we want to invite young organisations involved in urban culture to put together an event in Handelsbeurs.

Let me end with a saying of Gandhi, which also Mehdi Marechal mentioned in his keynote: Everything you do for me, but without me – you do against me.

*Handelsbeurs is a music venue based in Ghent, Belguim. It is a beautiful renovated historical building with a concert hall that can hold 800 people standing and 400 seated. Next to it is a foyer/bar that can accommodate 500 people. The Handelsbeurs presents and coproduces a wide range of music: jazz, global and pop/rock (and everything in between) and has started a new programme line with ‘big music for young ears’ (age group 6+). Handelsbeurs organizes 120 concerts a year (including special concert formats and festivals), thus presenting approx.. 150 bands.