Individualism as a fuel for the artists collective 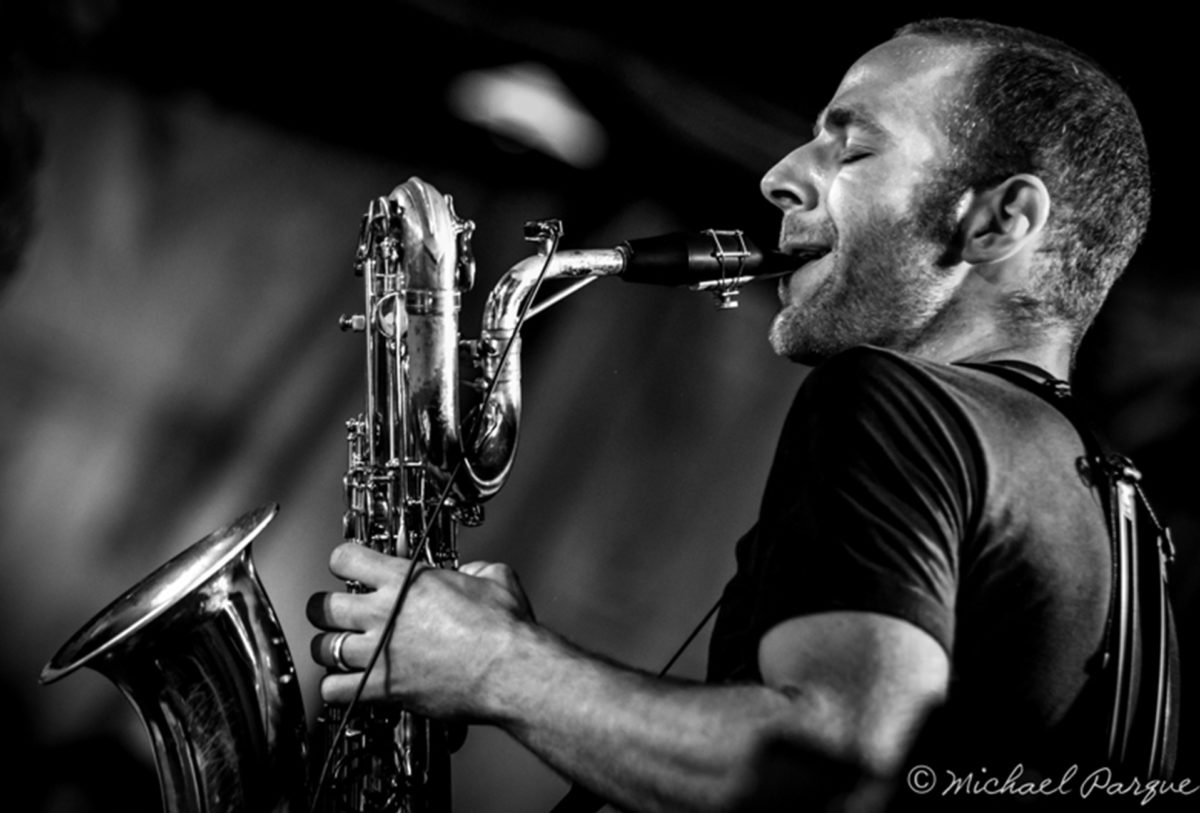 Let’s start at the beginning: the year 2004. About fifteen musicians find themselves at the back of a bar with a slightly vague desire to do things together. Soon, desires meet and we start to organise many concerts in order to practice, to engage with other musicians and to find an audience

On Tuesday, July 23, 2019, I was in Lodz for the Polish edition of Jazz Connective. I was supposed to take part in a public round table entitled “Music as a profession” which was finally postponed. Instead, I was guided into a small room, surrounded by about fifteen European professionals to talk about my career as a musician. Travel fatigue, Shakespeare’s language, and an empty stomach combined with what is an unusual activity for me made this moment somewhat uncomfortable. “Every cloud has a silver lining”, as the saying goes, and this moment gave me the opportunity to look back on my musical journey and identify its key aspects. Assuming that my career as a saxophonist and composer was not the impetus for an absorbing discussion (concerts and records are much better testimonials) I decided to focus on the Grolektif. The reason for this is that I found myself at the epicentre of this collective of musicians from Lyon for fourteen years, from its beginnings until the curtain closed at the beginning of 2019, a few months before this meeting in the small, caulked hall, and the timing seemed ideal to attempt a critical retrospective.

Let’s start at the beginning: the year 2004. About fifteen musicians find themselves at the back of a bar with a slightly vague desire to do things together. Soon, desires meet and we start to organise many concerts in order to practise, to engage with other musicians and to find an audience (or not!). What emerged was a sincere and generous original burst of activity that sustained itself, bringing together many musicians and pushing everyone to invest themselves humanly and artistically in this activity. A name and a banner was then created, and even if the parameters were still to be defined, the collective was born on April 1st 2004.

Soon enough, the desire to produce and distribute our own music arose and with it the need for money. Here again the collective strength was an advantage. We obtained funds which we invested in the common activity; first job; the setting up of administrative tools, an office, the means of common communication, etc… In 2007, 3 years after the establishment of the group, it was the participation in the creation and the activity of a venue for concerts and rehearsals, Le Périscope, which became the cement for the collective. Once again, the numerical strength offered by the collective made it possible to create such a common tool, the first glimmers of which had appeared in the illuminated brains of a few (Pierre Dugelay in mind, to name but one).

By the time it reached its 10th anniversary in 2013, the collective had a solid structure, a widespread communication and distribution network and was involved in the occupation and management of a concert and rehearsal venue in full development. The next challenge consisted in trying to continue to develop a collective production tool, taking into account the aesthetic diversity of the collective’s music that has been omnipresent since its creation, but which was becoming much more of a major issue.

Finally, after several years of experimentation and attempts to bring together the production tool, the collective ceased to exist at the beginning of 2019. It could boast almost fifteen years of existence, the creation of a label, and many diverse groups, the organization of 3 festivals, an exceptional workplace, permanent jobs, the creation of a network of collectives (Collision Collective) and a rallying banner for at least 50 musicians all periods combined.

But then why did it finally close? What made Le Grolektif unable to resist yet another major crisis? And more generally, what can weaken a collective to the point of its ceasing to operate?

In the early years of my collective experience, I often thought that it was the need for individualism that would lead to its collapse. I even found it frustrating and paradoxical that the collective often helped the personal careers of the musicians who were members to develop, but failed to keep the most free, and often most individualistic spirits, under the common banner, at least artistically. But quite quickly I came to think that this was precisely what nourished the collectives and that the collective’s vitality lay in the search for this balance: to succeed in accompanying the need for human and artistic individualism with the nourishment of the common interest. In my opinion, when these two parameters are present, that is when the collective is at its most exciting both artistically and on a human level. To me, this individualism does not tend to put an end to a collective, it nourishes it more than it weakens it and in my opinion, it is necessary for the viability of a collective. It creates movement, impulses, sometimes envy or jealousy the reaction to which become a source of movement and therefore of artistic creation. And when these individuals leave, they force others to reposition themselves, and over time to assert themselves as a strong artistic entity, capable of nourishing the collective in their turn. On the other hand, if in these moments of fragility, the collective can no longer rely on enough individuals as leaders, capable in turn of defining strong directions, then its existence begins to lose meaning.

It is the strongly asserted artistic individualities that make common projects flourish, and not the other way around. Without them, collaborative projects cannot grow, and without projects, there is no collective. End of the story. And this is undoubtedly a good thing. The collective must stop when there is no longer a need for it. By this I mean a need that goes beyond the mere administrative or production tool, no matter how efficient it is. We create a collective of musicians to develop projects that would shake up cultural situations that are too fixed, or to respond to artistic desires and lacks. They must stop when the projects no longer exist, when the gaps are filled and the desires are satisfied. Otherwise they risk artificial survival, or only a life of convenience. For the rest, it is necessary to know how to find other forms capable of responding to new needs.

The example which for me best illustrates this is the creation of the le Periscope venue. Its creation was a necessity: many musicians needed a new concert club in Lyon and rehearsal space. But the initial initiative was the work of a small handful of people who managed to get the collectives involved. The latter in turn made it possible to unite under larger banners, offering the human strength and the first administrative and structural frameworks that enabled the project to flourish. And they gave a very special DNA to this music venue. But it was the egocentric and individualistic nature of the initial desire that allowed the involvement of the collectives and the realisation of this common tool, a tool that is very widely used today and which is useful to many more musicians than the totality of the members of the original collectives.

To conclude, I am convinced that it is first and foremost an individual, philanthropic and individualistic motivation that drives a collective and leads it into a common unifying project. Once the project is completed (in this case the creation of a music venue) it must succeed in projecting itself into a new common project, the fruit of a new individualism. Otherwise it ends up becoming frozen and becomes an inert matter, more constraining than creative, and to which one must simply admit an end. And that is all very well. The collective is dead, long live the collective. Time to go on!

Must Listen : Cellist french Stéphane Clor made a playlist to travail through strings

Identifying, federating and defending the small clubs that stimulate the artistic scene in Europe.

Meet Attitude is everything : the UK organization that stands for accessibility for all