artist-in-residence | Buttshakers are working on a new album 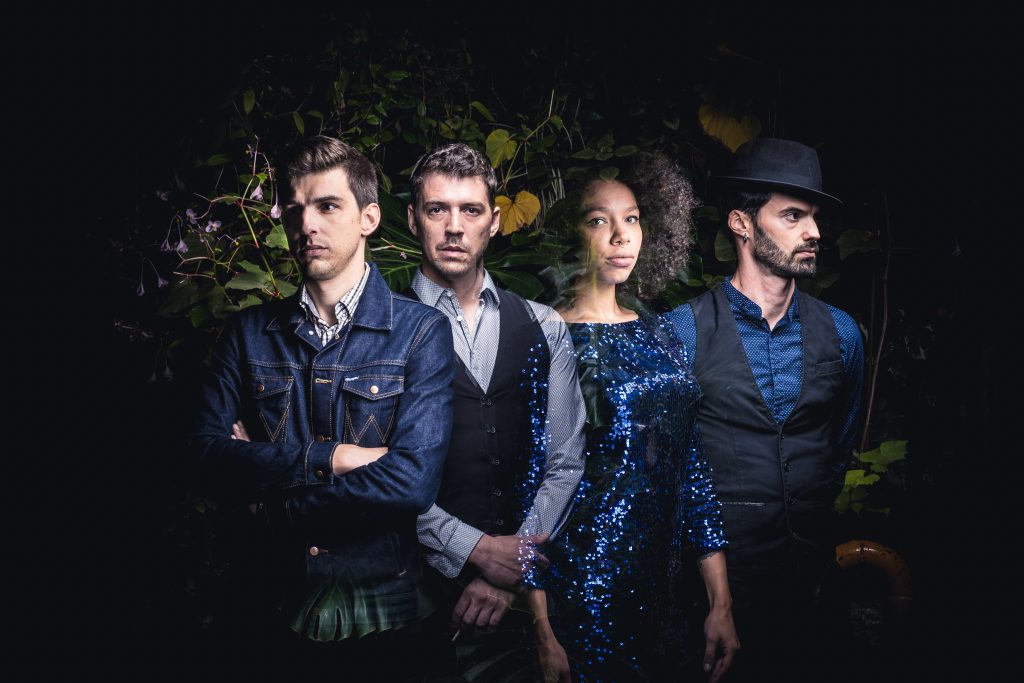 The Buttshakers were in residence at Periscope in order to prepare their entry into the studio soon for a new album. Ciara Thompson (vocals) shares their feelings about this period that deprives them of concerts and pushes them to create differently. Creative introspection.

Hello Buttshakers ! We are very happy to take a moment to exchange these few words with you. You are currently in residence at Periscope before going into the studio in 15 days to record your new album. What are you working on and what is your state of mind before joining the studio? Is it a stressful and exciting time, all at once ?

We’re working on our third studio album, our second with our label Underdog Records. We’ll be heading back to studio Tontons Flingueurs in Renaison, where we recorded « Sweet Rewards » , just afterwards and we’re excited! This is also the second time we’ll be working with Pascal Coquard at Tontons, and it’s kind of like going back home. Luckily we had the chance to do our pre-production residency at Periscope, which really gave us the chance to hear everything together, work out the last quirks and readjustments. We’ve been practicing mainly at 4 or 6 with the horn section, so getting to have the full team  (percussion, keys, chorists) was a trip. The residency was the perfect moment, especially in this « covid » period to work, safely, and have the space and the time to really get the songs down. Now we’re ready to really play in the studio, with confidence and just enjoy the experience.

Can’ t not talk about what’s going on in the music business right now. Concerts have hardly resumed and musicians are still unable to perform in front of their audience. How are you living this period? Do you think that this period will also leave its mark on the record you are about to make?

We’ve definitely been « Inspired » by the period, but maybe not for that reason exactly. The overall social and economic situation over the past few years has been intense, in France and the US, the gilets jaunes, the BLM protests, all of that tension definitely had an effect on our writing process. This album is a lot darker, but probably because we live in a darker time. Sometimes it’s just funny to think that last year we were all arguing over how lame the end of Game of Thrones was and now it seems like we’re fighting over basic human rights and liberties…It’s a crazy time and being able to play and express this would be a lot easier to handle. Not playing has been hard, but we had already planned to take time off for the album, so that has worked out in our advantage. But it’s still frustrating not getting to see how the songs work in live, it’s kind of like writing in the dark.

But we’re definitely worried about the future of live music in France. It’s why we do this and it’s how we live, if we can’t have that actual contact with a live public, we lose the essence of why we make music. We haven’t tried an « online live » yet, the format doesn’t really fit for us. Not saying we might not do one in the future if live shows don’t pick up in 2021…It’s a format that doesn’t really fit the music we do, and there is also something rather controlled that I can’t see myself in. I get that it’s a way to keep music alive, to give people an outlet to play and to hear music, but there is something so sacred about a live show. Just being in the moment, what happens happens, and the 50 or 100 people that were there will remember. It’s so ephemeral and that fragility is gone. Now everything sounds like an album, everyone mixes their lives, makes sure the cadre is perfect. It’s a great tool for the majors, they can gloss everything over…but for a group like us, there’s something sterile in an online set. We’ve discussed it, and who knows, we might just end up doing one one day, but for the moment, we’re crossing our fingers and hoping that we’ll be able to defend this album ON STAGE with a  live audience. Sitting or standing, that’s less of a problem. You can still move your toes sitting down !

To come back to this record, what was the guiding principle behind its composition? Did you consciously want to mark the tracks with new tones, try new things?

This album didn’t really have any sort of direction in the beginning. We’ve always worked by practicing and bouncing ideas off each other, « jamming » if you want. Sometimes someone comes in with a clear idea, sometimes it just comes off of a riff someone is messing around with that works. But this is a working habit that we’ve had for years, and so we consciously made it an effort to start working more and more with « pre prods » — really trying to get down our ideas beforehand and then working off that. That helped really advance on the artistic side, seeing how we could play with colors/ambiences/moods. We added instruments we’ve never used before (a flute, the harp, etc) and we tried to really let each song express itself. One great thing about pre-prods is that you can really see where the song can go, where the song can take you.

Artistically, professionally, humanly, how much energy does this kind of project involve? We sometimes quickly forget the months of work, writing, rehearsals and sometimes even questioning that the realization of an album implies. Do you feel caught up in a particularly engaging period of creation or is it a process that you have integrated over time ?

EVERYTHING. For me, Josselin and Sylvain, we’ve been playing together for 9 years. It’s a full time job for sure, we organise our family and personal lives around the group. Plus our bi-weekly practices, and being gone on the weekends…it takes up most of our time. And in this period of « pre album » preparation, everything and everyone is needed for all of the decisions. We’re working on our songs, the arrangements, the texts, all of these layers and then you have to add the promotional side (teaser, video, EPK, live videos, photo shoots, etc). It’s a key moment in the preparation of an album, and so everyone has to be everywhere at the same time. We have a great team behind us, between our manager David Kempton, our touring promoters (Youz Asso in France, Sound Dealer in Spain, PopUp Records in Germany/Benelux, Exotic in Italy and Sedate Bookings in the Netherlands) and our label Underdogs, we have a lot of people that are helping us advance the project. But we are still the main motors of the group and so yes, this is a particularly engaging time. But we’re happy to do it! Being in control of your baby and having a solid team of people behind us that believe and support us is really what has kept us alive all these years.

For me personally, the Buttshakers is a mirror of myself and also what I’d like to be, and also what I don’t want to be. I guess there is a strange relationship in making your own music, writing your own lyrics and expressing yourself in a manner that’s personal yet detaching. I can create a personality, I can be on stage and be someone else, but I am also myself with my faults and imperfections. It’s something I’ve had to learn to deal with over the years, how to be myself but also protect myself from myself. As a singer, music can be a vicious cycle where you compare yourself to everyone else and you are constantly being put down and putting yourself down. It’s something I’ve felt more in France than in the US. There isn’t room for error, imperfections. There is such a level of professionalism, of artistry if you want, I think it really has to do with the way music is taught in France but that’s a whole other story. Anyways, in the states, there is more importance put on the performance than the execution. I don’t know if France will ever have a Janis Joplin (which is sad, but that’s just the way things go I suppose). We don’t give singers the space to be fucked up, to bend and break the rules, to be free. I find it harder to express yourself in France as an individual, but I also had that gospel/church education that you just have to scream out loud. Music was religious for me growing up, it had something to do with your spirit. The idea of « letting it shine » is important in Southern Baptist music, and so I had that education of just singing because it’s in your soul. Music is visceral and you have to let it come out as it is. (I’ve also learned over the years that singing lessons and being « tighter » is important..but again, that’s another story).

Thank you very much, we leave ourselves in music with a favorite track of the moment ?

It’s almost fall, so it’s already my period where I listen to folk music non stop. Been listening to a lot of Neil Young, really digging his album « Zuma », I think it’s from 1976…? It’s amazing because it’s pure Neil Young, his voice, his melodies, his broken down heart break; but you also have this amazing rhythmic section that (I think) announces a sound and a color that we get later in 90s indie rock (Dinosaur Jr. for example). It’s weird because he was just so ahead of his time, but not really surprising because, duh, it’s Neil Young. 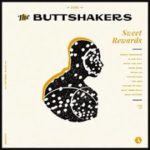