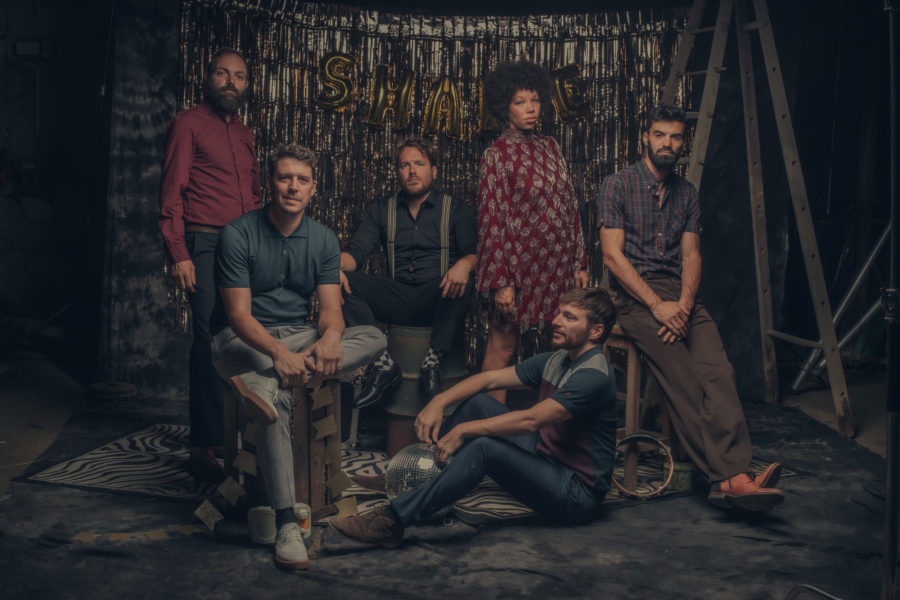 It's a soul thing.

In more than a decade of existence, The Buttshakers will have stood up to everything that makes the life of a band that lasts. Changing labels, members leaving for other adventures, none of this could however undermine their confidence in this abrupt and visceral funk with which they set fire to concert halls, suffocating the audience in a debauchery of energy like running a train. Regular in the exercise, as in the recording, it is with another musical vision that they approached Sweet Reward, their first collaboration with Underdog Records.
This groove of the 60’s garage scenes where rock plays elbows, they could have ploughed it again and again. But The Buttshakers decided to get out of it and return to a soul that would no longer rely on pure energy to push everything in its path. A soul that would concentrate on the quality of writing, composition and interpretation.

Exceeding the limits imposed by their percussive six-voice-bass-drums-guitar-trombone-sax baritone formation, they then gave access to the percussion studio for some vice in the back-mix, extra brass for a more massive section, psychedelic keyboard, slide-guitar and anything else that would come to concretize their ideas and give relief to their productions. Figurehead, the boiling and soulful Ciara finds herself for the first time with backing vocals. The occasion for her to do some call & response, an open door to gospel music since her childhood in Saint-Louis (Missouri), still vibrant heritage of this city which rocked her with jazz, blues, but also country and folk. Perfect in the intimacy of a set of strings as in the velocity of a nervous funk pounded with brass instruments. Ideal in a soul music where nothing is released in one piece, but is appreciated in a slow and progressive rise of arrangements and emotions.
The details then reveal themselves over the course of listening, like a sleeve from which one could come out with more aces than a classic game has.