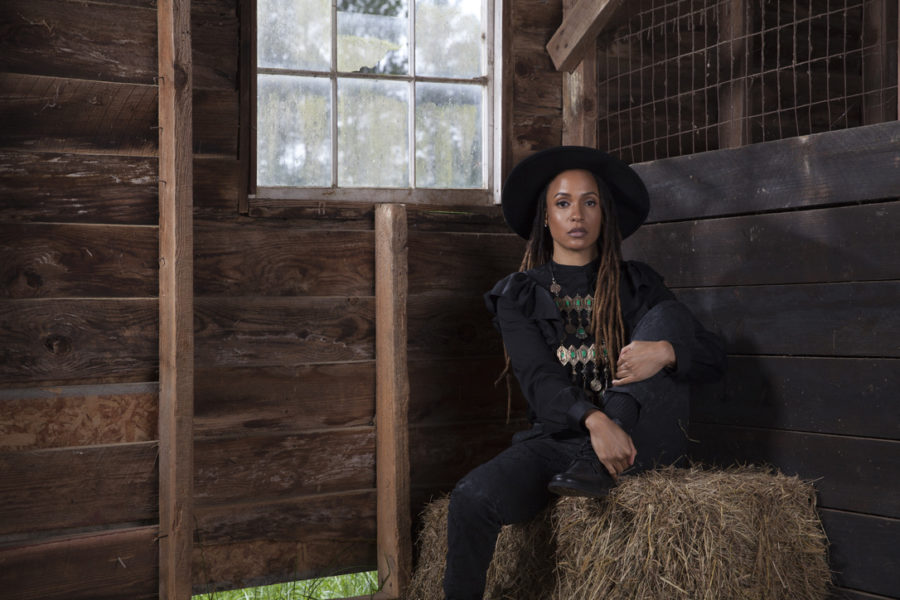 Sa-Roc, grew up in Southeast D.C., at the height of the crack era, with neighborhoods plagued by poverty and disaffection. Her early experiences shaped her understanding of the world around her, deepened her emotional sensitivity and cemented a social consciousness that would later feature heavily within her work. She was born three-months premature and didn’t make a sound during the first fourteen months of her life. This struggle to find a voice — both literally and creatively — would later be critical in shaping her lyrical expression.

In October 2020, Sa-Roc dropped The Sharecropper’s Daughter, the title of which pays homage to her father’s experience growing up sharecropping tobacco. The album is, in Sa-Roc’s own words “a sonic reflection on the generational inheritance of trauma and triumph that shapes our humanity and influences the way we see the world.” Once dubbed by Okayplayer as “one of the most formidable microphone mavens in the game,” Sa-Roc is an artist for a socially conscious generation.

Left with plenty more to say, The Sharecropper’s Daughter Deluxe further showcases Sa-Roc’s sharp skills as a lyricist, and her gift for captivating melodies and engaging content, featuring six new tracks with production from Sol Messiah and Evidence, as well as a guest verse from MF DOOM. These new songs pull no punches in showcasing Sa-Roc’s continual growth as an artist who, as NPR recently put it, “is a modern day griot whose aura radiates calm in a world of chaos.”