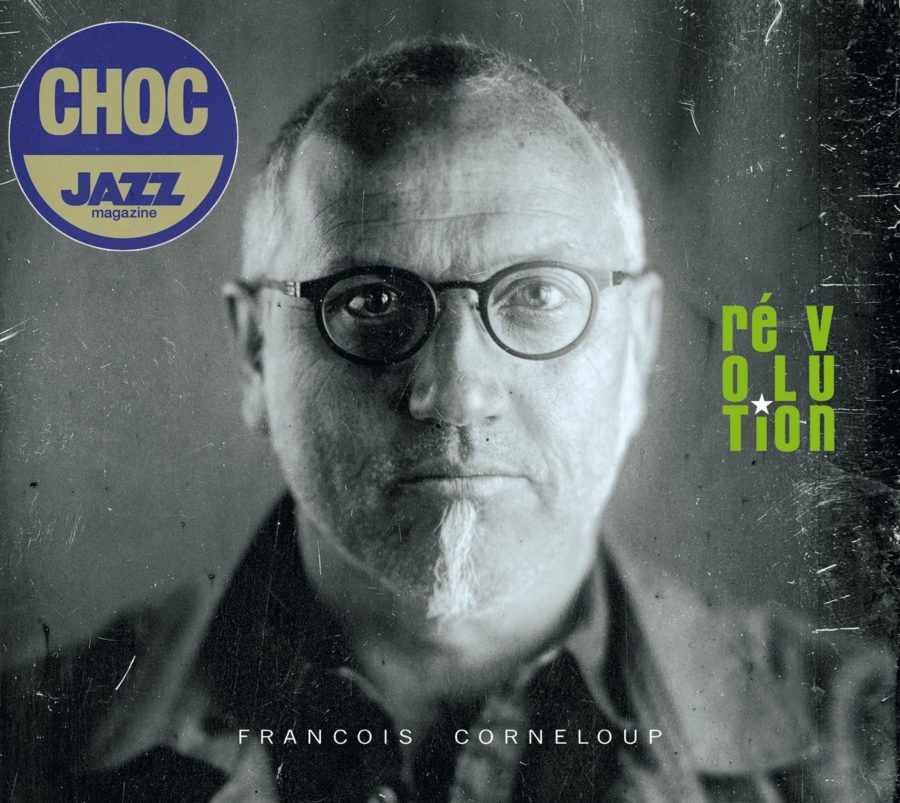 François CORNELOUP started playing music in the early 80s as a self-taught musician. After consolidating his technical training and refining his taste for improvisation in workshops led by Louis Sclavis, he quickly embarked on various experiences that led him to the Uzestoise adventure, from which he left in 1992, while maintaining a regular collaboration with Bernard Lubat through his participation in the Uzeste festival
or various punctual projects.
His status of musician settles little by little in the landscape of the jazz in France, thanks to Sylvain Kassap, Gerard Marais who call upon him and Henri Texier who until now still invites him to participate in several of his orchestral formations.
This journey will be marked by beautiful encounters with artists as diverse as notorious, Michel Portal, John Scofield, Jeff Beck, Evan Parker, Paul Lovens, Han Benninck, Marc Ducret, Dominique Pifarely, Yann Fanch Kemener or through the project Ursus Minor, Tony Hymas, Jeff Lee Johnson, the rappers Boots Riley and Brother Ali, Desdamona.
Through Jean Rochard, producer of the nato record company, he established a bridge with the Minneapolis music scene where he met the drummer Dave King, the bassist Anthony Cox, Jt Bates, drummer with whom he still collaborates today. The main formations to which he devotes an attentive activity today are the trio Jardins Ouvriers with Claude Tchamitchian and Eric Echampard, the duo “singing Fellows” with Franck Tortiller, and his dance music orchestra, the Peuple Étincelle. He is now adding the 5tet RÉVOLUT!ON with Sophia Domancich (Pn), Joachim Florent (B. elec.), Simon Girard (Trb) and Vincent Tortiller (Bt.)

He also collaborates with Dominique Pifarely in the ensemble “Dédales” and with Hélène Labarrière, but this time under her direction in the quartet “Désordre” with Hasse Poulsen and Christophe Marguet, Claude Tchamitchian in the ensemble “Traces”, as well as for the project “Restez je m’en vais” with Ramon Lopez and Anne Alvaro (reading) proposed by François Raulin, who also co-directs with Didier Levallet (ONJ 1997-2000) the Brotherhood Heritage ensemble of which F. Corneloup is also a member. In the group Ursus Minor, he is involved in a collegial way with Tony Hymas and Stokley Williams. Occasionally, he meets up with guitarist Mark Solbörg to play in a duo and he brings together JT Bates, Maxime Delpierre and Henri Texier for the project “So I sing in My Dreams” dedicated to the music of the double bassist who has been calling on him regularly since the 1990s. The show “Chroniques de Résistance” composed by Tony Hymas on a collection of texts compiled by Jean Rochard around the historical figure of Georges Guingouin in particular, recounting the facts of resistance in Limousin is also part of his privileged activities.