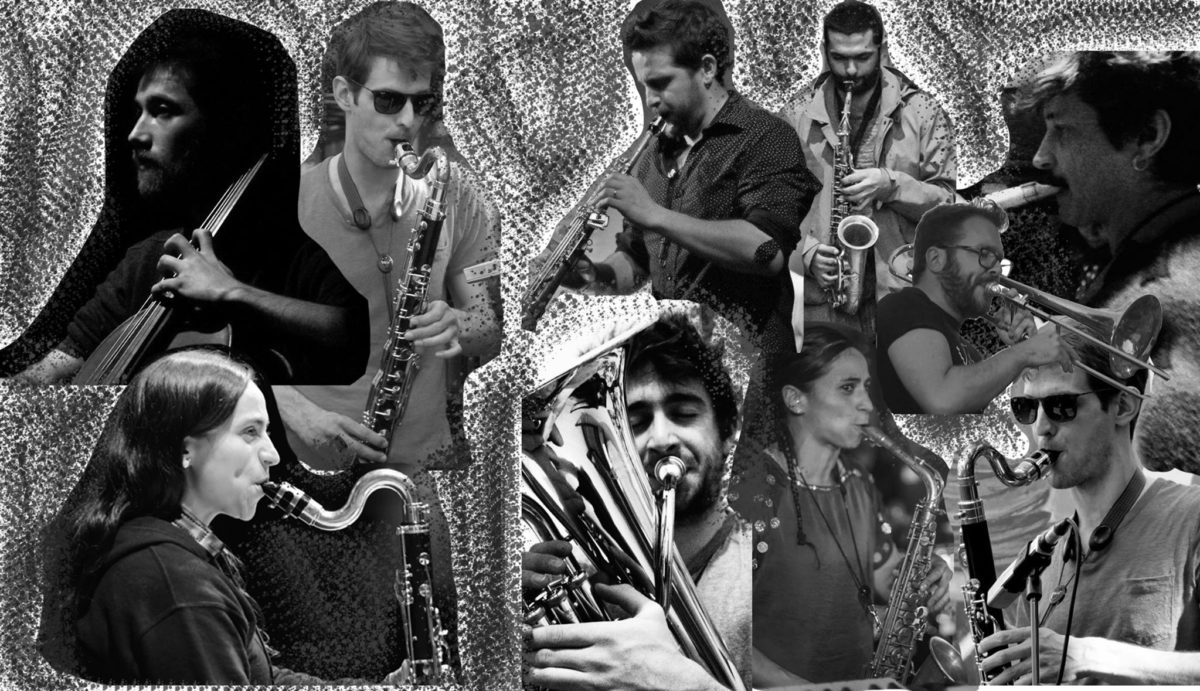 In February 2020, the Periscope welcomed Colombian saxophonist Maria A. Valencia in residence for one month as part of a residency project supported by UNESCO – Creative Cities. An initiative in line with Periscope’s relations with Colombia and more particularly Bogota (Musicas Hibridas in 2016).

Maria A. Valencia
You probably know Maria for these multiple projects and performances that are at the heart of the Colombian scene. Saxophonist and clarinetist from Bogotá and active member of the collective “La Distritofonica” since 2004. The work of Maria “Mange” Valencia varies from the production of (good) records, a regular stage presence as well as a real work of research and artistic creation. Some of these groups include El Sexteto la Constelación de Colombia, Asdrúbal, Palanca, MULA, Meridian Brothers, La Resbalosa, Mirlitorrinco and Vien-To.

Maria Valencia & Los Suflantes.
The stakes were therefore high for Maria to go and meet musicians from Lyon for a month to confront her writing with the improvisational abilities of skilled soufflantes. It was therefore with musicians from the Very Big Experimental Toubifri Orchestra, the Spang and other Lyon-based groups that her residency restitution concert was able to offer a vision of her work and her musical personality.

Sampling is Beautiful : Discover the french web series on the art of sampling.

artist-in-residence | Buttshakers are working on a new album

Listen | Happy Hour radio show invites the artists to share their thoughts with the audience just before their show.