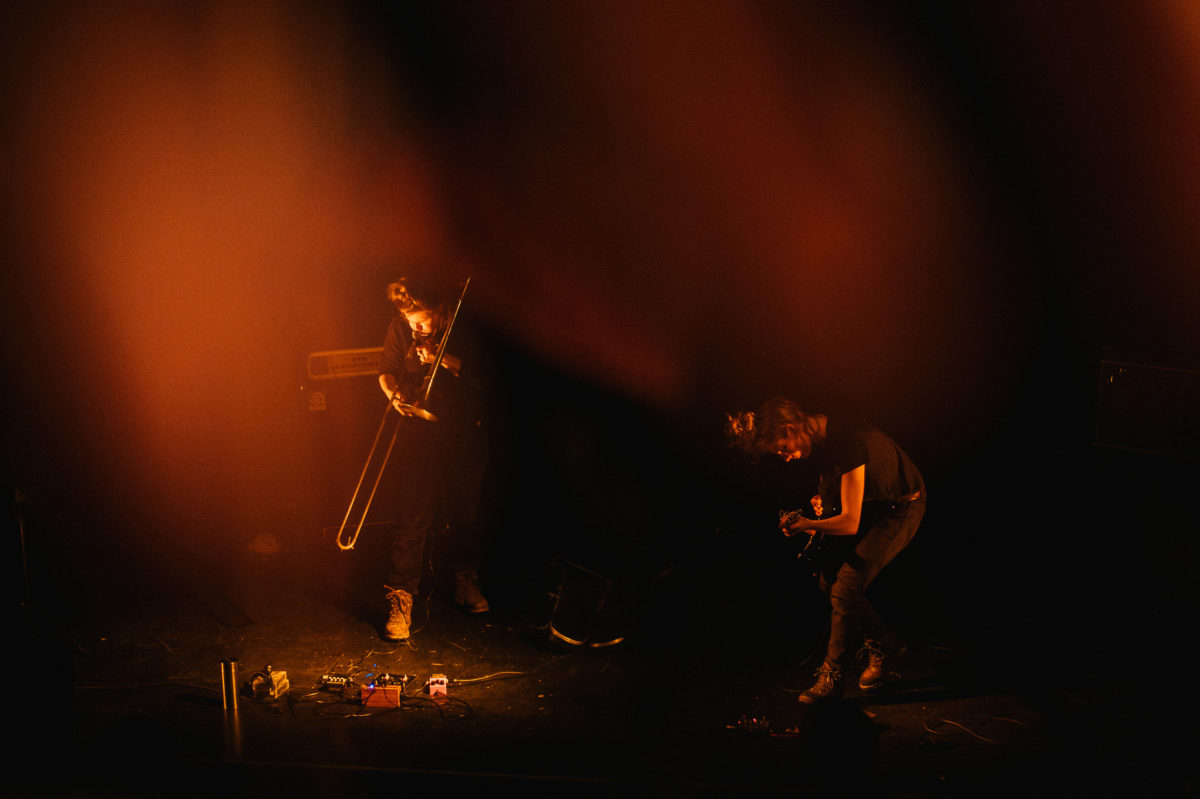 Jazz as a destination for musical trips.

I have this thery about jazz— that jazz exists as this floating, amorphous, changing, undulating category within the family of music, roaming and changing and expanding and contracting as it pleases, crossing categorical divisions at will, overlapping and influencing and taking in influence from all other styles of music as it wishes.

Jazz has forever had its ears open to the music of other lands, whether that music came to visit where jazz was living, or whether jazz players did the traveling themselves: Americans journeying to Europe, South America, Africa, the Near and Far East. Africans, Middle Easterners, Asians, Central and South Americans relocating to Europe or North America. All these patterns of travel and migration carry with them the assurety of cultural exchanges and musical overlap. So logically, the easier it has been to travel, the more those cross-cultural conversations were bound to happen, and the greater the impact of those sonic collisions.

Let’s take it back to just one example. The effect of migration and mobility on jazz is woven into the very inception of the tradition, back in the days when Jell Roll Morton was first codifying jazz as a collective inmprovisational style, when the so-called Latin Tinge—the syncopated rhythms and bittersweet melodies of Cuba and other parts of the Caribbean—found its way, through travel largely driven by economic trade, to the port of New Orleans. Morton was listening, as were many others, and it wasn’t long before that flavor found its way into what we now refer to as traditional jazz—and the fascination with that Latin edge continued—Ellington, Dizzy, Bird, Nat Cole, and on and on and on—to the point that today one could write a book just on the contemporary New York jazz scene and what it owes to the influence of the myriad Cuban musicians who have relocated here.

Like I said, that’s but one example—historical and contemporary—but one could apply this notion to countless other instances when jazz musicians have picked up musical influences that arrived on their doorsteps, or when they packed their bags, went touring, and came back home with new music ideas in their ears.

There’s a great story I once heard—maybe it’s a story or maybe it’s a joke. There were two very early jazz musicians on their way to Europe on an ocean liner back in the 1930s, standing on the deck of the boat, smoking whatever they were smoking, and looking a perfectly calm ocean with the moon reflected in surface of the glass-smooth sea.

“Man, will you look at all of that!” says one musician.

I like this story for many reasons. The idea that jazz was ready to travel and visit foreign shores from its earliest days. The humor that is always in jazz—understatement and overstatement and a new way of looking at things. The pathos of the African American experience, with a substantial portion of American citizens long denied the lifestyle that the rest of (primarily white) America enjoys, but finally being able through their culture of self-expression to to travel overseas and witness the stunning spectacle of a mirror-like ocean.

For me there’s more in this little story than a set-up and punchline. It’s a metaphor that offers the very important suggestion that music is indeed an ocean—with a beautiful, glimmering surface when the music is at its best and most inspiring. And underneath there are fathoms and fathoms of influences and undercurrents and so much stuff that one can’t hear or see. Even when the historian or critic or academic starts to dive deep into it, it goes down for miles, and there’s no bottom really until one reaches the very beginning of human existence and individual expression.

Note that I said “music” and not “jazz”—because this is when I get cinematic and find myself dollying back to the big, big picture: the idea that music, at its purest essence, is not about styles and categories and questions of ethnicity or geography, but that it is a natural force just like water—always flowing freely, almost impossible to control and resistant to the imposition of categories and divisions. Music, like water, naturally seeks out itself, combines and mixes, and is forever coming up with new fusions of styles and sounds that most critics and music experts thought could never work—or should never work.

The fact that this sounds like a good definition of contemporary jazz—that it is constantly defying dictates of what should be and what should never be—is what makes me love jazz all the more. I believe jazz is as close the purest essence of music, at least in the sense of its openness to influence and its hunger for fresh, new ideas that is never satisfied. For me, that is really what is beating at the heart of jazz.

I realize I’m now far afield from the original question about migration and mobility in today’s jazz scene, but so be it—mea culpa. I can’t help but think globally in the extreme sense when focusing on this topic.

Ashley Kahn is an author, educator, music journalist, and concert producer. A professor of music history and criticism at NYU who lectures at other institutions as well, his books include the A Love Supreme: The Story of John Coltrane’s Signature Album, Kind of Blue: The Making of the Miles Davis Masterpiece. Kahn’s writing has generated two Grammy nominations, three ASCAP/Deems Taylor Awards, and two Book of the Year distinctions from the Jazz Journalists Association