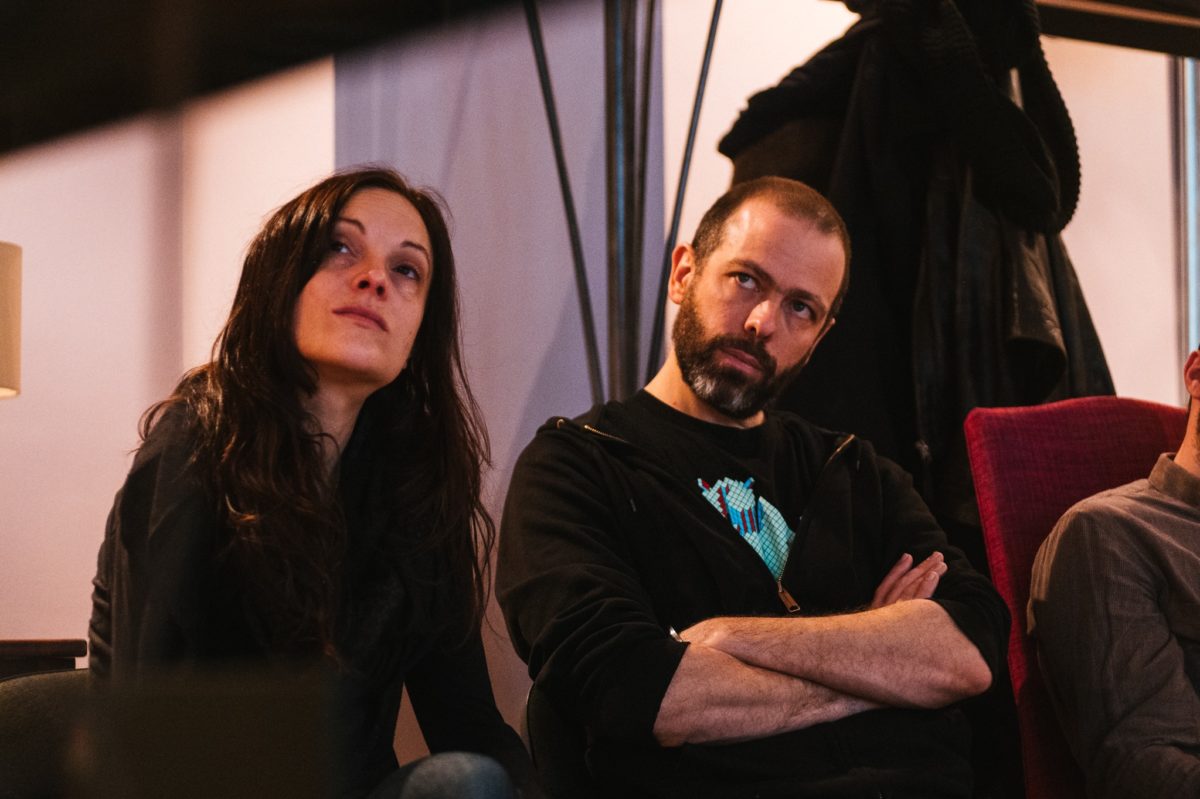 Pierre Horckmans recounts the ten years of existence of the Pince-Oreilles collective. Between encounters, travels and sharing: this independent and bubbling collective, which has also become a label, brings together about twenty artists with multiple aesthetics: drawing, music, technique.

To begin, could you give us a brief history of the birth of the Pince-Oreilles collective. Was it born out of envy? out of necessity? out of encounter? What kind of energy made this project emerge?

The collective Pince-Oreilles was born 10 years ago on an initiative of the guitarist Romain Baret and the saxophonist Gregory Sallet. It is a collective of musicians mainly from jazz and improvised music. The initial idea was to gather together to defend our music and help each other. Little by little we structured ourselves and then we created the Label Pince-Oreilles in 2014.

The Pince-Oreilles collective is more than 10 years old now, it’s a long adventure. Before telling us more about it, how would you say that this collective experience has influenced the person you are today, as a musician but also as a person?

Quite frankly, without our collective and without the sharing and support that the members of such a structure bring, it seems to me that I would simply have been unable to defend our creations in the long term. Beyond the artistic exchanges that enrich and influence us enormously, the mutualization of means and the technical and administrative organization put in place over the years have helped me a lot.

Would you have a significant episode in the history of the collective to share with us ? 10 years is a lot of stories, but sometimes memories persist more than others.

In fact, in 10 years, the Pince-Oreilles has lived through a lot of adventures. One of them, certainly one of the most stimulating for me was, shortly after our arrival in Lyon in 2015 (originally, the Pince-Oreilles was a Grenoble-based collective), its participation in the “Collision Collective”, a sort of wild inter-collective gathering around concerts, workshops and other round tables.
The discovery of these many other collectives (Dur et Doux in Lyon, Collectif Oh in Strasbourg, Coax in Paris, 1name4acrew in Nantes to name but a few…) defending free music and claiming new means of diffusion and distribution has done us a lot of good.
Since then, we have had the opportunity to make new and enriching encounters across the Atlantic, notably with the Argentinian collective “Creatividad en Movimiento” and then with the “movimiento cultural Jazz a la calle” in Uruguay.

The collective is made up of musicians but also actors, illustrators and technicians. What is the interest of such diversity? How did it come about?

Nothing imposed itself: this diversity was born from encounters and favorites over the course of the projects. Whether it is with the designers Benjamin Flao and Coline Llobet, the actresses Lola Giouse and Maud Chapoutier, the dancers Raphaël Billet, Eleonore Pinet and Benjamin Coyle, the idea is each time to best serve the artistic purpose of our various creations. Beyond a simple juxtaposition of different disciplines, the look on other arts widens our imagination and our field of action. It generally requires much more creative time and makes programming sometimes more difficult, but above all it releases new energies.

We also perceive in the collective a willingness to propose alternatives within your cultural environment. “Its tremor nourishes the will to fight against the frenzy and disruption of our society.”
can one even read in your presentation. How do these intentions translate into your projects (professional environment? artistic direction? projects for the public?) ?

Modestly developing our little sound worlds allows us to stay on course and share what drives us, namely our loves and emotions.
It’s not always economically efficient and that’s precisely what I find most interesting: managing to shift our values; to exist independently of the notion of profit or success.
I’m not going to make the usual topo and try to explain that we are living in a pivotal era where the great truths that have guided our societies until now are deeply shaken… that the health crisis that we have just gone through illustrates very well the dangers that threaten us and our environment… that it is becoming difficult to deny this particularly anxiety-provoking and discouraging reality.
Others will tell you about all this much better than I can, but I sincerely believe that if something can help save our drifting societies, we should rather look on the side of the collective, of art and emotions, but certainly not on the side of the individual, of money and profit. So we do everything we can to exist, to play, to share, as long as we can.

It is know that the life of an artist is not a restful one. You have to learn how to manage your project today and deploy a very vast field of skills beyond artistic creation: administration, networks, communication, project follow-up… How did you approach these things on a personal level as a musician and how does the collective (perhaps) provide answers?

Yes, it’s quite difficult for a single artist to bring his projects to life while managing creation, financing, distribution, administration, communication, tour organization. We live in a rather crazy administrative jungle… but with several people, it can work, and that’s the collective’s interest.

Yes, it’s quite difficult for a single artist to bring his projects to life while managing creation, financing, distribution, administration, communication, tour organization. We live in a rather crazy administrative jungle… but with several people, it can work, and that’s the collective’s interest.
At first, it simply makes it possible to cope, then by persevering, we structure ourselves, we share the tasks or we learn to entrust them. It’s not always easy, but most of the time it’s really rewarding. It brings a better understanding of the cultural environment in which we live and it allows us to persevere and avoid pitfalls.

To conclude, we note that the collective publishes its own discography of each project. What is the interest for you to have a hand in this phonographic production? What place does the label occupy within the collective?

Let’s say that after vaguely ringing at the doors of a bunch of labels more or less close to our aesthetics, the choice of self-production quickly imposed itself. So we created our own label in 2014 for the bands of the collective and musicians close to the collective. It allowed us to release in a rather anarchic way at the beginning a good pack of albums and little by little we learned to organize ourselves, especially in contact with our distributor InOuïe Distribution. We will release with them the 20th album of the label Pince-Oreilles on November 20th, it will be called ” Les animaux qui n’existent pas ” and it is the new compositions of Watchdog with the texts of Maud Chapoutier and we can’t wait !

We have been working since January 2017 on the physical and digital distribution of our new albums with ” l’AMAP culturelle ” In Ouïe Distribution.

Good and to finish with a little kindness. What are you listening to right now to advise us?

So I owe the safeguarding of my mental balance during the difficult period of confinement to pygmy music which fascinates and upsets me. (especially the vocal polyphonies of the Mbenzele pygmies of Central Africa).
I used quite a lot the last album of the Colombian trio Los Pirañas ” historia Natural “. I also discovered African Electronic Music 1975-1982 by the Cameroonian musician Francis Bebey on Born Bad Records and rediscovered Katerine’s album Francis Et Ses Peintres – 52 Reprise Dans L’Espace.

Sampling is Beautiful : Discover the french web series on the art of sampling.

Must See | Chromb and Seb Brun (Ar Ker) inaugurated the big stage of the Periscope.

Welcome to Birmigham, in studio with Rachel Musson trio and Xhosa Cole sextet.

Must Watch | Verneri Pohjola played from home in his living-room for Jazz Connective.