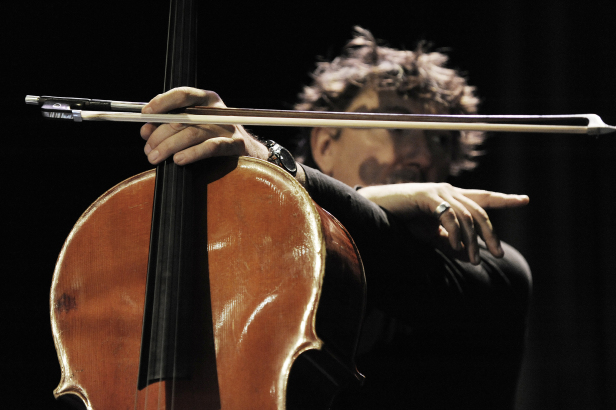 “At the beginning, it was a desire of Vincent Courtois: “To question the notion of the demon in artistic invention”, based on Puccini’s opera. And then very quickly, it became a laboratory of ideas, of sound, of putting him and others into perspective, a collective of singularities gathered around the one who runs the well-named Compagnie de l’imprévu (Company of the Unexpected). More than just a concert, this multimedia and evolutionary device has been questioning for three years the links between creation and audience, notably by going to meet so-called “distant” audiences during workshops/concerts. Those in so-called difficult neighborhoods, those who are in detention, in high schools or in hostels, at the foot of housing estates or in apartments. The aim is to collect other words, so that the questions of some provoke the reactions of others. This is how this project, not quite like the others, was born, a journey that never repeats itself but stays on course, where the cellist, who is appreciated for leaving the marked out paths, an irreducible nomad, has gathered around him a band of accomplices in tune with his introspective reflection”. Jacques Denis