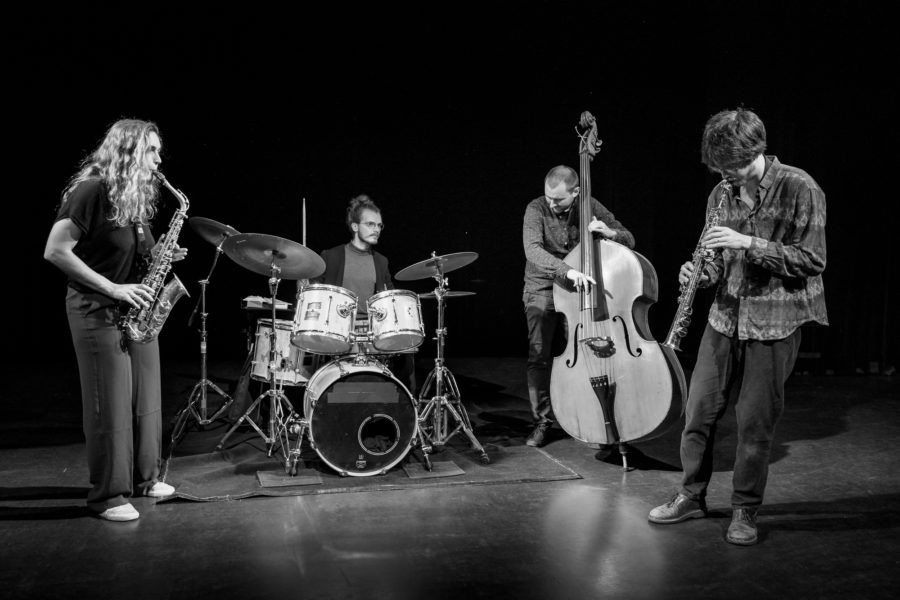 Between spaces of explorations and spontaneous proposals, Prospectus is oriented towards the creation of a repertoire of original and collective compositions.

At first listening, Prospectus captivates by its fervor and its refined aesthetic. Their music is full of vitality and uncompromising lyricism. With them, a sense of space, sincerity and expressiveness prevail at every moment.

Their direction and their refusal of any artifice.

On a rhythmic base of a tonic solidity driven by Florentin Hay and Julien Ducoin and which does not seek to impose its power but rather to snake like a feline on the lookout for the slightest inflections of the group, the blowers work a straight sound which settles in the moment without choosing a unique direction. It is up to the listener to follow the meanders they unfold with the charm of bewitching music.