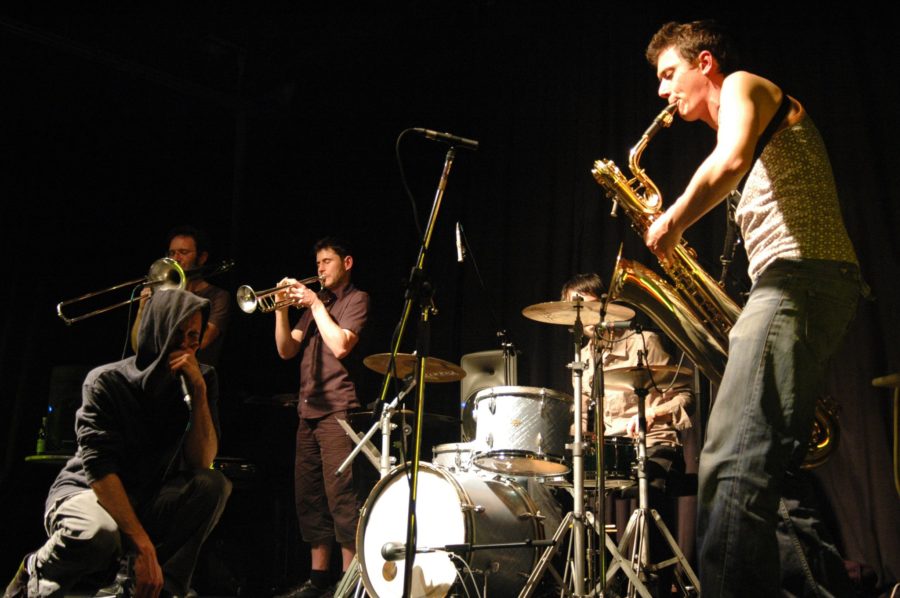 Formed in 2006 at the initiative of Olivier Bost, Marteau Matraque is a mirror of a generation of French musicians in search and discovery of new sound horizons, declassified in its form as well as in its content. Those who have seen them agree to say it, the influences rake wide to compose the sound of the formation. A pot of free jazz, power jazz, brass band, punk… For the energy that these musics expose, all the work of its actors is to deploy it efficiently. “Marteau Matraque’s third album, Danse ta colère, offers with its resolutely punk aesthetics a precipitate of the strike force of this band that has no blunt than the name. In the form of a small fanfare that sometimes brings to mind the unlikely encounter between De Kift and the Youngblood Brass Band, Marteau Matraque still effectively mixes Emmanuel Scarpa’s hyperbolic drums and the boiling scratches of Damien Sabatier’s baritone. A track like “Black”, which expresses the power of trombonist Olivier Bost and trumpeter Baptiste Sarat, could even evoke a larger formation. Guaranteed energy shot”.