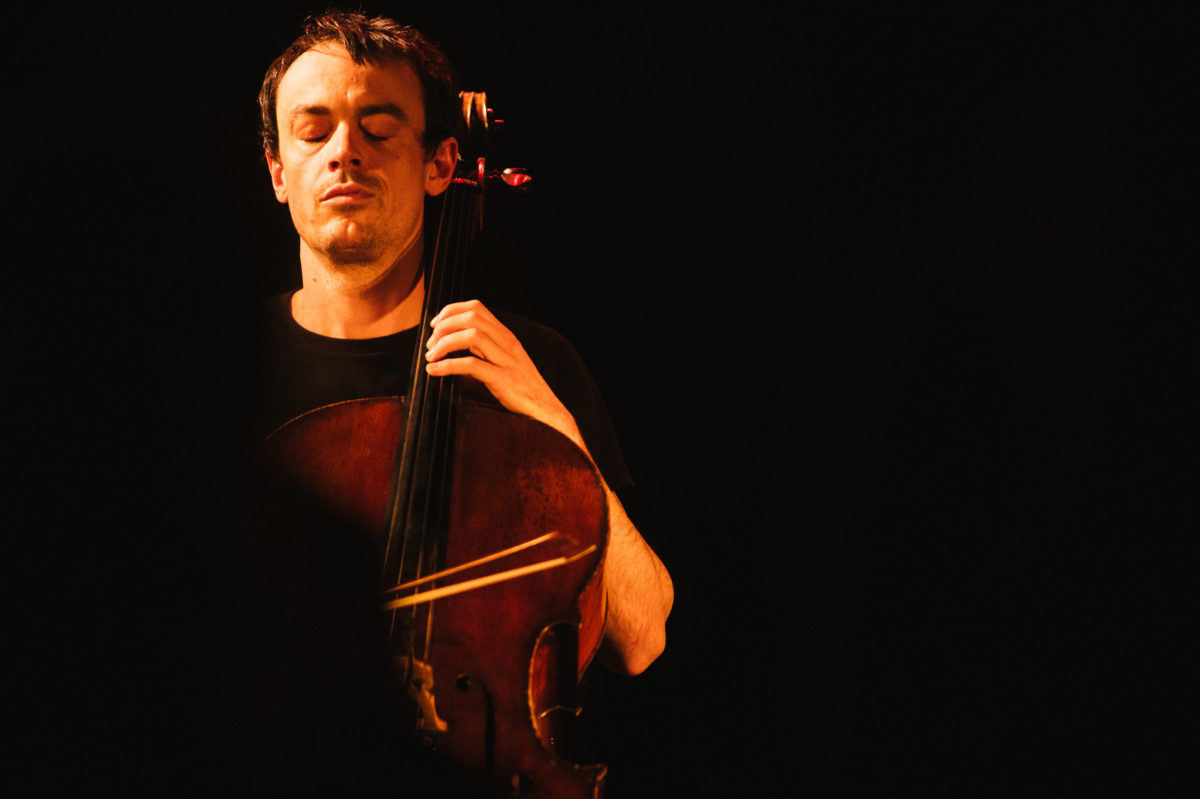 Any musician will tell you that touring is a blessing for a band. "It's a special experience, absolutely essential for developing your artistry" states French cellist Vincent Courtois. Some other musicians added their testimonies which were presented at the first European Jazz Conference in Helsinki in September 2014: Mikko Innanen, Dave Liebman, Marc Ducret, Andy Elmer, Kalle Kalima, and Benoit Delbecq. They can be seen here. Five years later, Sylvaine Hélary tells about her feelings when being on tour with her band: here.

In 2019, the imperative to tour remains the same, but the issue of ecological lifestyles now puts the topic at the heart of contemporary debate.

The phrase ‘Slow Touring’ was clarified for me when talking to Kenneth Killeen from the Improvised Music Company in Dublin in connection with Jazz Connective. It wasn’t the first time I used the phrase. Recently it has emerged, almost instinctively, and in retrospect describes my personal style of touring, accompanying the artists on the road, which I have done for more than 20 years. Rather than a strictly defined philosophy, it’s more a question of attitude, distilled via the 2000-odd gigs along the way.

Rather than a strictly defined philosophy, it’s more a question of attitude, distilled via the 2000-odd gigs along the way.

From the initial intuition, it has become a conviction that we must reduce the consumption of fossil fuels, avoid senseless fatigue as well as eating reasonably and sustainably. These thoughts have been guided by the simple concern for creating a certain quality of life when on the road. They have been reinforced by the worldwide debate about the issue of climate change, as well as ecological initiatives like the European Jazz Network’s “Take the Green Train.”

In concrete terms, with my French partners/producers we have tried to reduce flying to an absolute minimum where it is feasible. Thus, most of the tours for French bands organised by Vapaat äänet in Finland and the Baltic States have been realized with only one return flight to the area. Typically three or four countries and between 15 and 20 gigs have been covered in this style. It means an itinerary with modest distances between concerts, and where this logic works fossil fuel consumption is minimized. In addition, it becomes easier to fit in school shows, workshops, and still keep some free half days.

There’s also the benefits in human terms, as well as economic and artistic terms. Groups can perform each day with becoming excessively tired, which has benefits for the organizers too.

There’s also the benefits in human terms, as well as economic and artistic terms. Groups can perform each day with becoming excessively tired, which has benefits for the organizers too. Over the trip the outlays associated with trains, buses and boats tend to be less than those of flights. Reducing the costs of travel and accommodation (possible when one utilizes less expensive alternatives) makes it possible also to lower the minus side of the balance sheet, and boosts the artistic fee.

A good example is the tour by the duo of accordionist Vincent Peirani and saxophonist Emile Parisien in autumn 2016. It included 15 concerts, 8 without amplification, in 15 days and necessitated only three flights. The tour attracted 2000 listeners, the final concert held at the Vilnius Jazz Festival in a theatre full to bursting. Being among the busiest performers in Europe, the players lived their time on the road as an exciting and enriching adventure, “almost a holiday” they said. They tirelessly reinvented their show each night, which they themselves called The Baltic Power Tour.

From now on, we must conceive of artists travelling within Europe, avoiding using planes. In spring 2010 the plume of ash and smoke from the eruption on Iceland drifted across the continent grounding all air travel and forcing us to find alternatives. This led some of us to remember the 1970s and 80s when few young people could afford the price of an air ticket and travelled with Railcards. The tachometer between France and Finland, between Paris and Helsinki to be precise, reads 2713km, taking the traveller through Germany, Poland, Lithuania, Latvia and Estonia. In 2013 the flautist Sylvaine Hélary, pianist Antonin Rayon and drummer Emmanuel Scarpa took this route. In their van was also a Hammond organ and a drum kit. Squeezed in as well was seven months old Marin Rayon and her baby-sitter Rose-Marie! The Sylvaine Hélary Trio gave 17 concerts, from Berlin to Raahe in the north of Finland. The Finnish leg comprised 8 gigs with Two Man Galaxy (Seppo Kantonen and Joonas Riippa) co-produced with the Finnish Jazz Federation. The public in 6 countries enjoyed a dose of jazz-rock, Canterbury style, with an added flavour of French ‘spoken word’. In the front of the van Marin enjoyed the pleasures of “vroum service” and is the youngest tour member to have taken part in a Vapaat äänet tour!

In 2017 the quintet Papanosh celebrated their tenth anniversary with a tour of 13 dates, travelling through Europe by bus from Rouen to Turku in Finland. On the return journey they wowed audiences at festivals: Jazzkaar in Tallinn, Jazz Joy Spring in Daugavpils, and Jazz Art Festival in Katowice, where venues included a club, a ball and a women’s prison. The tour reached the final point at the BMC in Budapest. In spring 2019 Sylvaine Hélary took to the road again, this time with her acoustic quartet Spring Roll, performing 14 concerts, five of which included a double bill in Finland with Maxxxtet of saxophonist Max Zenger. The return route followed a similar program as Papanosh had travelled two years earlier. This new musical and human adventure reinforced the feeling that travel by plane is not a necessity, even when traversing Europe.

Continuing in this style, Vapaat äänet have planned the winter tour of Daniel Erdmann‘s Velvet Revolution in November/December 2020, following a similar route between France and Finland but using only public transport. This unusual and especially European trio, led by the German saxophonist, brings together the French violinist Théo Ceccaldi and the English vibraphonist Jim Hart. Erdmann’s erstwhile colleague, French cellist Vincent Courtois, joins for the Finnish leg, substituting for Ceccaldi. After his Short Moment of Zero G of 2016, Erdmann released his second album with Velvet Revolution on Hungarian BMC label, Won’t Put No Flag Out, a musical statement explicitly rejecting a European continent riven by radical nationalism.

Erdmann considers the slow tour style of transport a symbolic way to create a cordon between countries free of tensions and turbulence.

Originally from Wolfburg, settled in Reims for 15 years, Erdmann considers the slow tour style of transport a symbolic way to create a cordon between countries free of tensions and turbulence. Picking up the mantle of Take the Green Train, he is calling on us to come back down to earth and take the time to savour the journey!