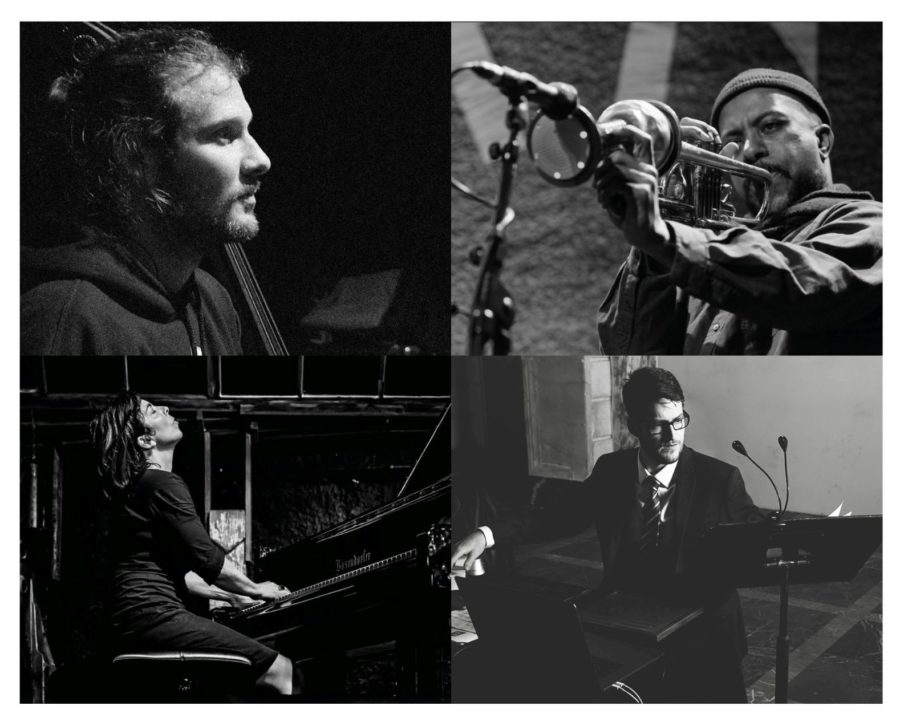 Sophie Agnel, Ben Lamar Gay, Pascal Niggenkemper and Sam Pluta are multiple, they are known for being a bit of demiurges, creators and abusers of worlds. In other words, they don’t stop things in their tracks, and they don’t classify anything.

At the sources of sound and in its depths, there are always other sounds, twists and contortions, a shadow behind a light behind a shadow: a trade in transparencies and opacities, the map office. One could imagine a golem, which this time would not be made of clay but of copper, ropes and cables, relaying all the information, all the sources, all the sounds.

The instruments are played, prepared, tampered with, amplified, filtered, taken and taken back, like fry in the river, like pebbles in the river. The music is the river.