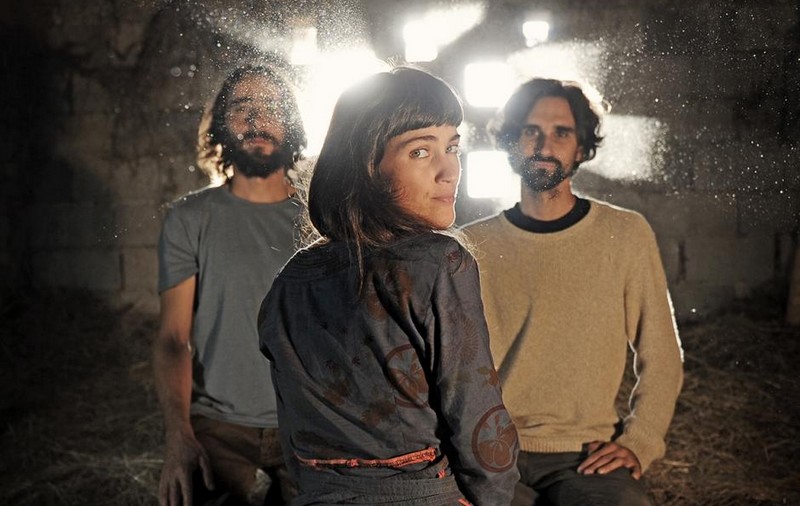 Širom” is an old word for “around” and “širom sveta” translates as “around the world”. That is exactly what this Slovenian trio’s music sounds like – like it has travelled, listened, climbed and swum, seeking out the sounds of the world. Their broad influence isn’t random at all, as all three musicians have travelled through many bands and projects in the past decade, always exploring sounds in unconventional ways and always somehow connected to folk roots. ŠKM banda, Hexenbrutal, Najoua, Samo Gromofon and Horda grdih are just the most prominent of the acts that should be mentioned regarding the members’ past and present.

Even though Širom, established in 2015, counts only three people, it’s heavily loaded with instruments, again reflecting the broadness that the name suggests. Banjo, bass drum, chimes, balafon, bendir, kalimba, ribab, viola, violin, homemade harps, steel drum, ukulele, kalimba … I bet most of you wouldn’t recognize half of the instruments on the list – I know I wouldn’t.

The regions where the members grew up (Prekmurje, Tolminsko and Kras) also left their mark on the group’s sound, while different songs reflect different parts of the world. Of course Širom’s music is open for interpretation, but one could describe it as a repetitive, meditational, psychedelic folk trance, which immediately bring to mind the music being used as a soundtrack for documentaries of wild journeys into the unknown. Let Širom bring more of the world into your life.