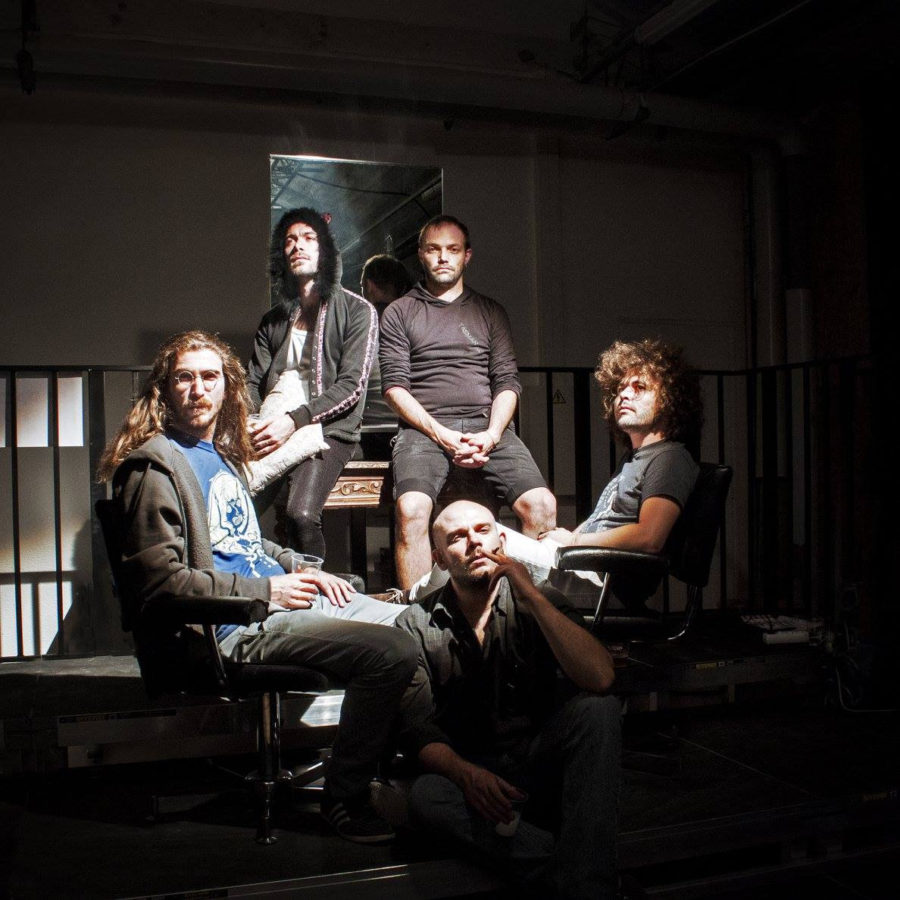 PinioL is the combo of two out of the ordinary Rhone-Alpine groups: PoiL and Ni.
2 basses, 2 drums, 2 guitars and keyboards! Formed respectively in 2006 and 2009, the bands meet during a national tour in 2012. The symbiosis and the agreement are immediate.
PoiL gathers three musicians who don’t know the forbidden and sail free music in a punk band; Ni proposes an instrumental music that brings together at the crossroads of learned music and punk energy four musicians.
PinioL proposes a singular, unclassifiable and demanding music. The group has the specificity to express itself fully live, offering on stage performances with a technicality and breathtaking sincerity that allow them to conquer audiences as much rock, jazz as improvised music.