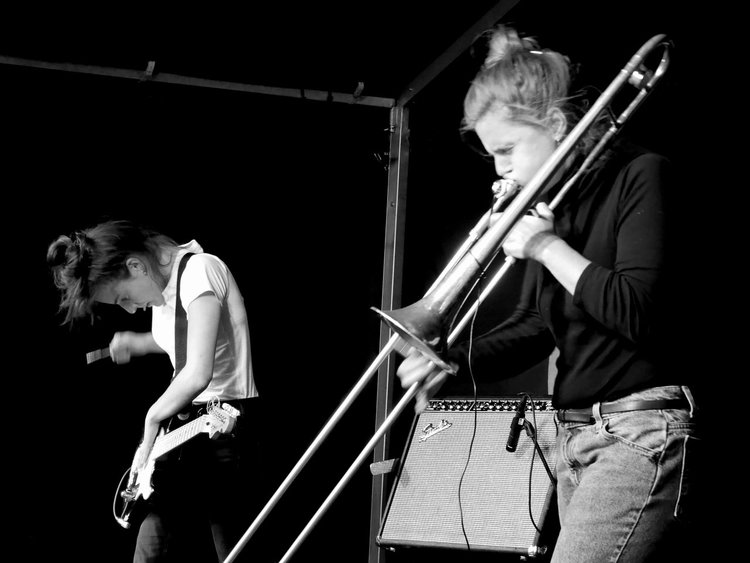 “For some time now, the Parisian and outlying passages of Danish singer Maria Bertel have been redrawing the brassy contours of noise. Widely defended by the Sonic Protest festival, she had been discovered with the mastodons Selvhenter, then solo and finally with Mariachi, for the creation of the duo at the 2016 edition of the festival. Parallel sprint: for some time now, the Parisian guitarist Mariachi (mamiedaragon, Qonicho B…), has been scouring the local and extra-local stages for a refurbishment of the electric house… techniques and labour included.  Nervous gestures, thunderous outbursts, responsive improvisation, all of this with an incisive and attacking first impression… Not to be missed. Really.”