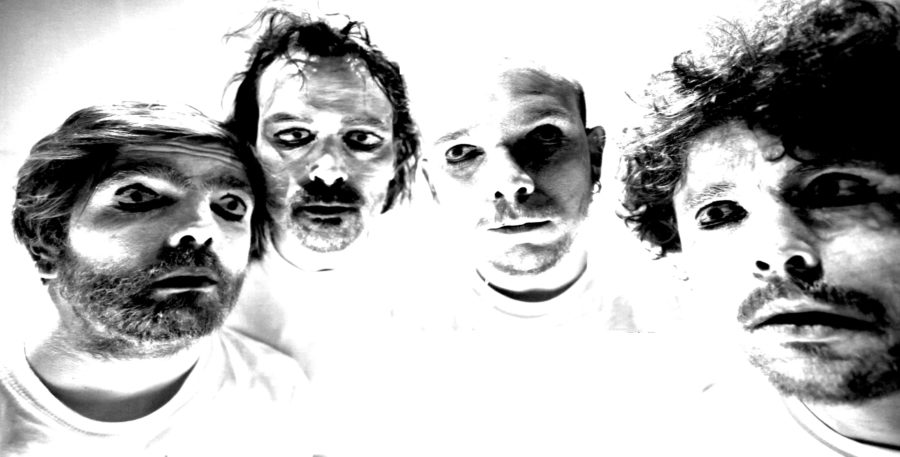 Ever wondered why life was so complicated ? Well just ask Ni.

We could make it simple and say that Ni is an instrumental rock band. We’d stop there and have a cup of coffee, look at the cover of their latest album and say to ourselves that it feels good to enjoy the balcony, that spring is coming back, and that we’d listen to the birds singing all afternoon, that it’s been a long time.
To complicate things a bit, it looks like Ni is a four-headed Monster. A big, bad Ni, who would have swapped the linearity of the roads of the Ain from which he comes for impossible architectures, which hold a lot of electricity and stateless polyrhythms. In his temple, the quartet screams through the windows, the high walls hold thanks to virtuoso nervousness and the quality of the
foundations dispels any doubts about the potential resistance of the bazaar for centuries to come. Inside, it is a continuous gust of wind, with children running around and their parents dancing around a large festive pyre in the middle of which the waltz, the verse-chorus form and the 4/4 measures release a last groan before being reduced to ashes.
After two EPs and shovelling of destructive dates that split the wood of many stages in Europe, it was time for Ni to move on to album format: “Les Insurgés de Rumilly” invites all lovers of immoral riffs to a great feast of benevolent barbarity, and no response is desired.