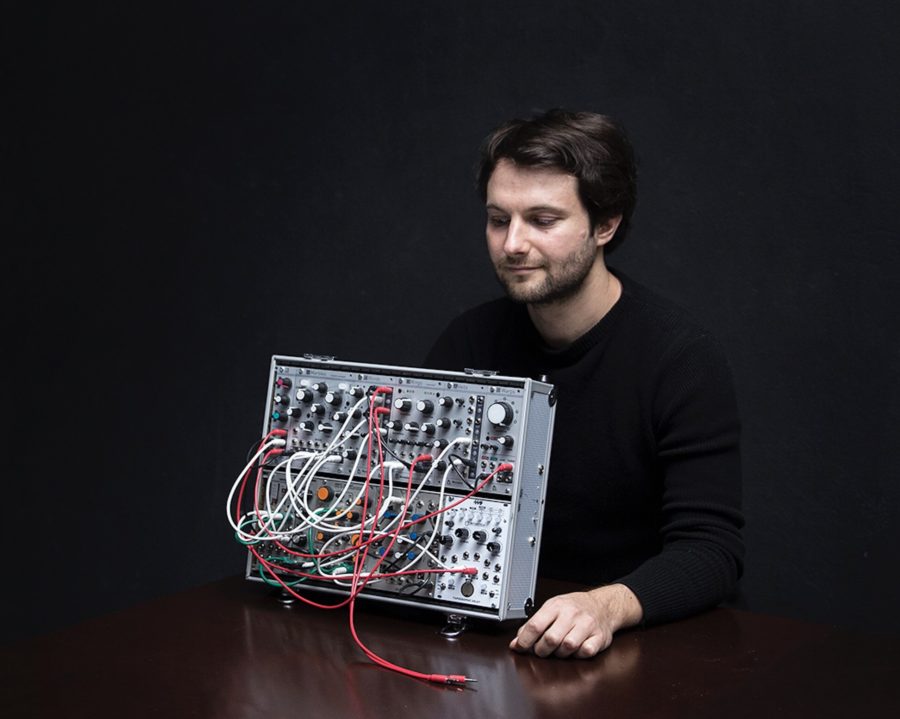 Matthias Puech is a musician, programmer, researcher and teacher born in Paris in 1983. Member of INA GRM as a research and development scientist, and assistant Professor in Computer Science. Interpreting “ambient” and “noise” in their original sense, his compositions intend to disturb the distinction between sound synthesis and field recording, transporting the listener amidst imaginary ecosystems, fruits of the symbiotic relationship of the machine to its environment. Matthias Puech designs his own instruments using unique synthesis algorithms inspired by physics and biology; he collaborates with manufacturers of modular synthesizers who market his creations.

His academic research and teachings, initially focused on programming languages and logic, now include embedded programming for real time signal processing application, especially sound synthesis and processing. He has co-designed a Eurorack synthesizer module with the American manufacturer 4ms Company, commercialized since 2017, in an ongoing collaboration. He has also worked on firmware development for Xaoc Devices, and released a series of free and open-source firmware projects for digital synthesizer modules, the ‘Parasites’.

Puech has released four full-length physical albums, one split album in collaboration with Canadian sound artist Philippe Vandal, and one EP, on labels Hisolat Records, Hylé Tapes, Panatype and Hands in the Dark; his most recent album ‘A Geography of Abence’, is published by NAHAL Recordings. His music has been reviewed in Libération, The Wire Magazine, Tiny Mix Tape, Self-Titled. He has notably played live at Café OTO (London), 100ECS, Péripate, Rinse France (Paris), CKUT Radio (Montréal) and has been commissioned by Radio France & GRM for live performances at Festivals Présences 2019, Akousma 2020 and for the radio show “Création Mondiale” in 2020.

He nourishes a dual interest for natural phenomena, especially evolutionary biology, and the mathematical and computational concepts that let us apprehend our world.