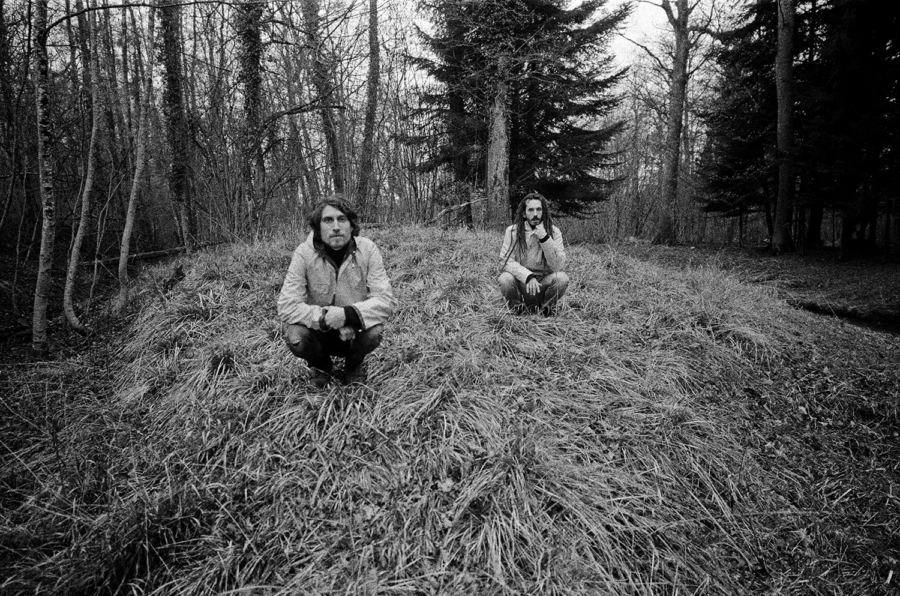 Of all the Cyriles born in the city of Calvin at the dawn of the 1980s, these two were bound to meet.
A muezzin without borders, Cyril Yeterian arrived in the dishevelled world via Mama Rosin, a three-piece that stirred the ghosts of the deviant bayou on the sweaty Mardi Gras of some electric Louisiana. Soon the world fell in love with their flair. The BBC celebrated them, Jon Spencer produced them, records proliferated. And then in 2017, the honeymoon period passed.

In the same space of time, Cyril Bondi hit the road. He too has travelled, experienced the rise, the euphoria of the heights and then the fall. Plaistow, his hypnotic, medium-sized jazz band, shakes up the saturated world of piano-bass-drums trios and conquers hearts across Europe and the Orient. To the breaking point.

So Bondi started looking for a place to put his equipment. He found something better: a musical prospecting partner, another Cyril in tune with his rebellious instinct.
Cyril and Cyril were in the same boat, and both took the plunge.
A guitarist and accordionist, Cyril Y. tackled the banjo, adding effects pedals to it to make a puny bouzouki, an epic bağlama or a krar. Cyril B. has cobbled together a cannibal drum kit, with massive bells and tropical nutshells embedded in his bass drum.