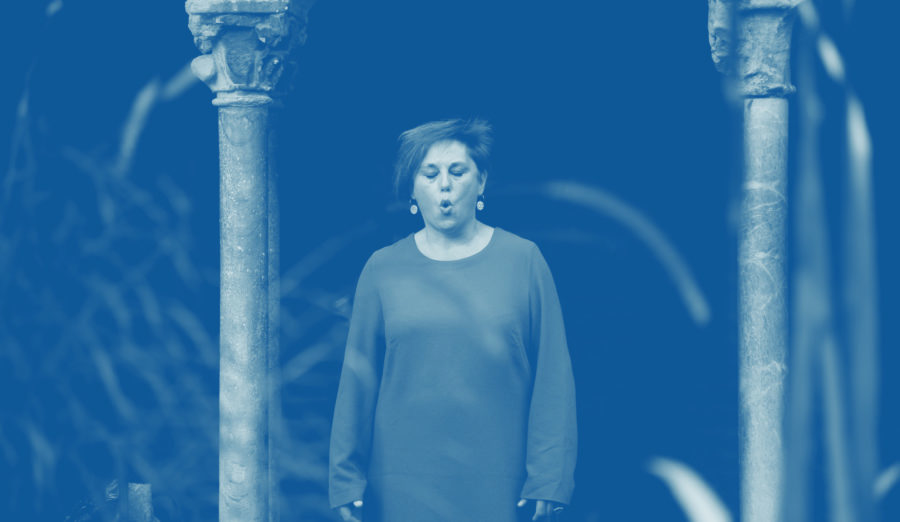 From the voice, it is a question of retaining the first sound: a sound wave redrawing the space. Claire Bergerault sculpts this wave, which passes through and imprints the material. The accordion is another voice, insinuating itself, distorting and merging with the organic. It is a pedestal on which the voice places its imprint. From this union, other resonances are born, as far as the ear can hear, which weave links with a distant known. Singer, accordionist and orchestra director, Claire Bergerault participates today in several projects in the field of improvised and experimental music, as well as contemporary music. Whether with voice alone or with the accordion, she performs on numerous stages and festivals in France and abroad (Mozambique, Quebec, Switzerland, Belgium…) and collaborates with many musicians such as Jean-Luc Guionnet in the duo “Mune”, Pascal Battus, Bertrand Gauguet, Jean-Sébastien Mariage, Jérôme Noetinger, Eric La Casa, Fréderic Jouanlong in the duo “Barillet”, Deborah Walker, Silvia Tarozzi… Sensitive to projects that unite different artistic practices, she has created performances combining the plastic arts: Shana Moulton (US), Alexandre Burton (QC), Iris Schiller (IL), David Robbins (US); dance with the Compagnie La Cavale or Chorda; sound poetry for a duet with the plastic writer Frédéric Dumond. In 2016, she is an actress and singer for the theatre in “Œdipe à Colone” by Sophocle directed by Jean-Christophe Blondel (La Divine Comédie company). In 2017, she created with the author Emmanuel Adely, a duet reading of “La très bouleversante confession de l’homme qui a abattu le plus grand fils de pute que la terre ait porté” (Babel edition). With the aim of continuing sound experimentation on an orchestral scale, in 2010 she founded the orchestra Le Lobe, made up of 23 improvising musicians. In 2011, she created the company Hors Laps, bringing together her own projects as well as other groups from Le Lobe, around an aesthetic committed to experimentation and the search for new forms.