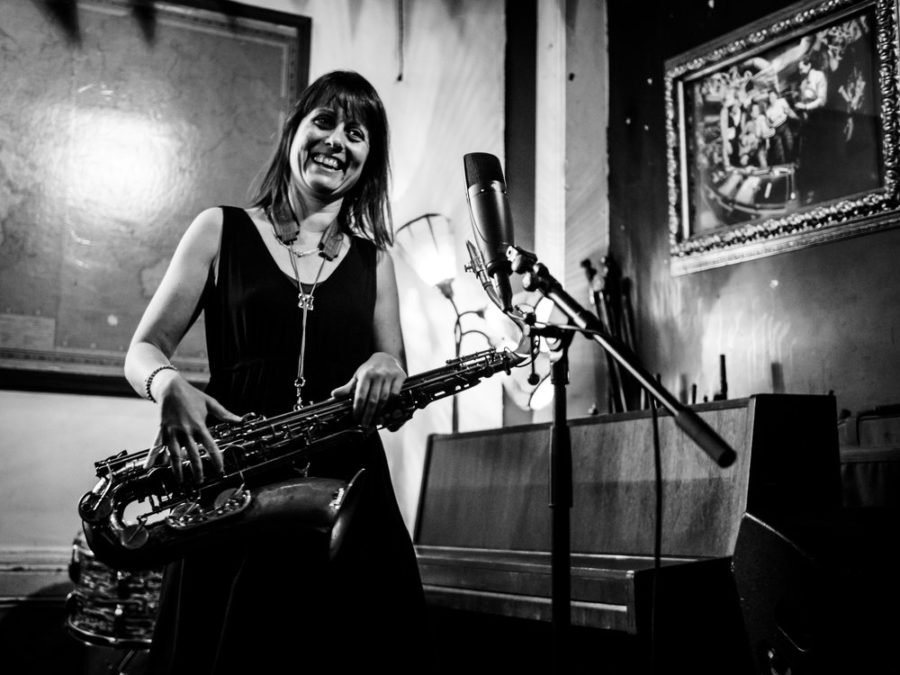 Rachel Musson is a saxophonist, improviser and composer living in London, UK. She is involved with a variety of improvisation projects, including a trio with Hannah Marshall and Julie Kjaer, a duo with vibraphonist Corey Mwamba, and a trio with Mark Sanders and John Edwards. She has released two albums under her own name, one featuring Liam Noble and Mark Sanders (Tatterdemalion, Babel Records), and one featuring her ensemble Skein (Flight Line, F-ire Recorded Music). She also plays with the London Improvisers Orchestra and Alex Ward’s Quintet and Sextet, and has performed with a diverse range of musicians on the fluid European improvising scene, including Alcyona Mick, Han Bennink, Liam Noble, Gail Brand, Eddie Prevost, Olie Brice, Federico Ughi, Mary Halvorson, John Russell, Adam Linson, Sebastian Rochford, Louis Moholo-Moholo, Pat Thomas, among many others.

Rachel also has a strong connection to Birmingham, TDE Promotions commissioned I Went This Way, a commission for spoken word and improv with a 9-piece ensemble which was premiered at the Surge in Spring Festival in 2018 and appeared at Cheltenham Jazz Festival in 2019 from where it was broadcast on BBC Radio 3.  It also appeared in 2019 at Cafe Oto and the recording of that gig was released on New York’s 577 Records.