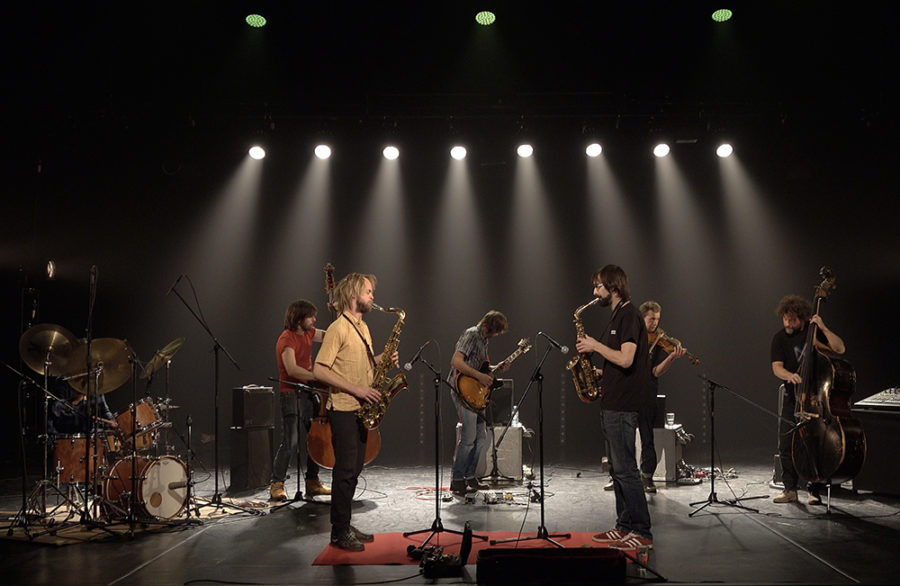 In the accompanying words to the album Mnogobolje, Mario Batelić wrote: “The line-up is also somewhat irregular, featuring two double-bassists, a drummer and a guitarist whose role far exceeds what you might expect from a conventional rhythm section – that is, rather than laying the foundations for the rest of the band, they are equal partners in the creation of this multi-layered and highly rhythmically and melodically diverse music. The band clearly draw inspiration from free jazz, but you’ll also hear echoes or dustings of African music and the exploratory approaches of improvised and new music.”