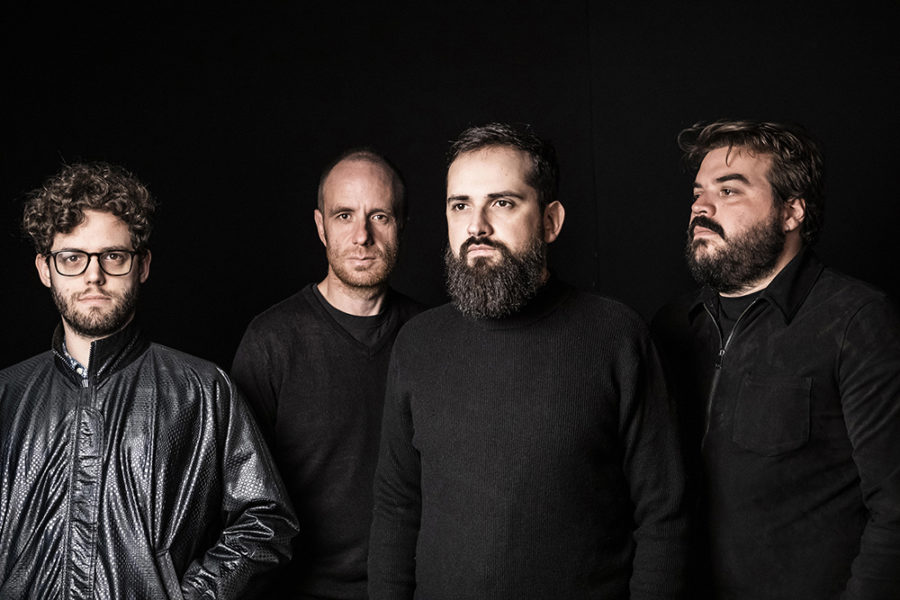 Marthe takes shape in 2017 following a meeting between Florent Briqué, a trumpet player recognised in the jazz community, and the Greek-born saxophonist Alexis Moutzouris. Two universes that complement each other and that want at all costs to explode the borders.

Marthe is an imaginary and limitless playground on which pop, rock, jungle and Greek and Asian Minor influences intertwine. Two approaches at the service of a rich repertoire and a singular cultural crossbreeding with bewitching oriental melodies that transport us beyond the seas and continents played by the warm breath of woods and brass instruments and a hypnotic and heady rhythm in the service of a generous music.

Between East and West, between modal jazz and trance rock, Marthe takes us on a journey with this second album: “Minos“. A tribute to Greece, exile and movements. Her titles pierce the heart like so many burning arrows, we stagger between euphoric dances and long laments.

Marthe has the gift of transposing the personal story into a universal value. A music between Ibrahim Maalouf and Ilhan Ersahin. By turns intoxicating and hypnotic (Black Horse, Sunrise in Kalamata), introspective and elusive (Epiphany, Minos), Marthe has character. Behind this name lies an animal, a four-headed creature in perpetual motion.

Marthe has been on the road for more than 2 years, giving nearly 50 concerts in China, Thailand and France, including a successful tour of Russia.