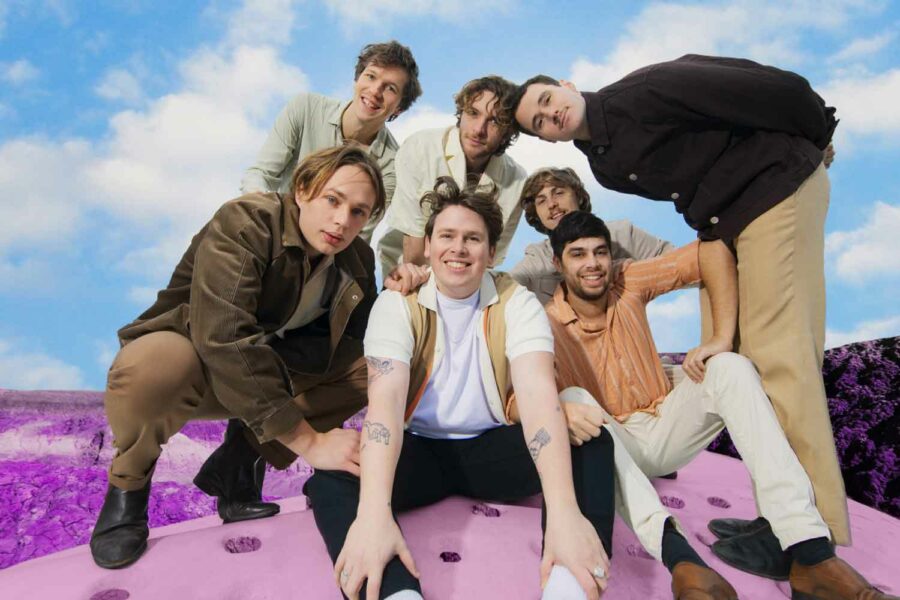 Jungle by Night are nine Dutch guys who together form a live act to be reckoned with. Their
seventh and latest studio album ‘Algorythm’ serves as an homage to all electronic sounds.
You might call it Computer Love, if this wasn’t all analogue. This Amsterdam band consists
of a lot of synths, drums, bass, guitar and percussion enhanced by a trumpet, sax and
trombone. From more brass-heavy earlier albums to a stronger focus on the electronic
groove on their latest, they bravely go where no band has gone before and now find
themselves in the goldilocks zone between analogue dance music, funk, Krautrock, 70’s
funk and 80’s electro.
The transfer to a more electronically driven sound might have been a small step for this
merry band of highly skilled musicians, but it became a giant leap for the people on the
dance floor. Their radiant and energetic live shows have become the must-see festival act
that festivalgoers all over Europe include as a staple in their concert schedule. They know
this won’t be a show, it’ll be a downright party. It’s like that tree in the forest. Was it really a
festival if you didn’t see Jungle by Night?
What constitutes this ever-present attraction is the highly danceable and addicting build up
of their set, in which they take their audience by the hand and lead them into the groove.
What happens when you come out on the other side? Depends. Just know you won’t be the
same.