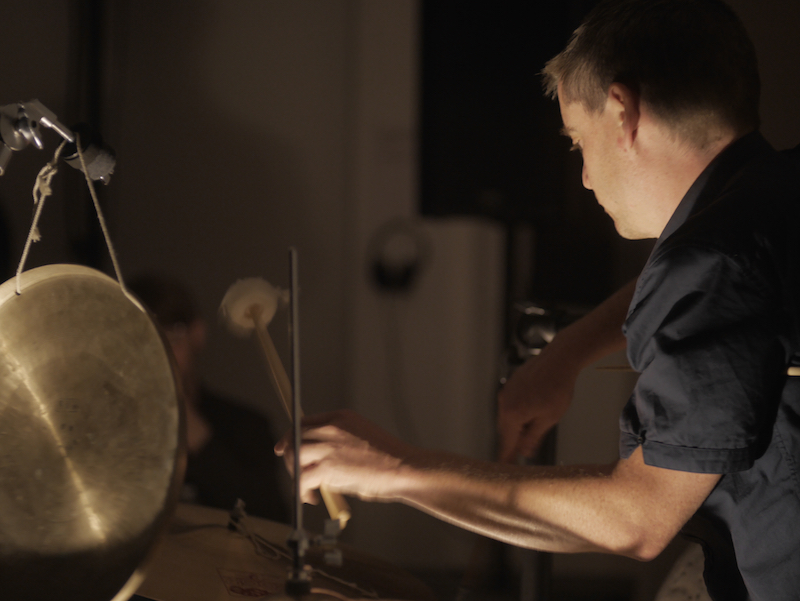 Anyone who has ever seen him in concert knows how multiple this man is. The Australian emigrant put down his suitcases in Nantes in 2004. Since then, he has made his mark among the most singular drummers and/or percussionists who hammer the sound space of experimental music around the globe. With his raw yet erudite approach to the instrument, we forget the technique, we listen to the music. Accustomed to touring solo, we also regularly come across him surrounded by the cream of today’s stakhanovists of free music (Oren Ambarchi, Anthony Pateras, Jerome Noetinger, Jean-Luc Guionnet…) but his music goes beyond the shackles of restricted identities. Will Guthrie is also a man who has been nourished by sounds from everywhere, and he lets us hear what he has digested. A music with apparent roots but with a strong modernity.

“From the back of the room, Will Guthrie launches into a drum solo that combines endurance and contemplation and engages all the senses. »