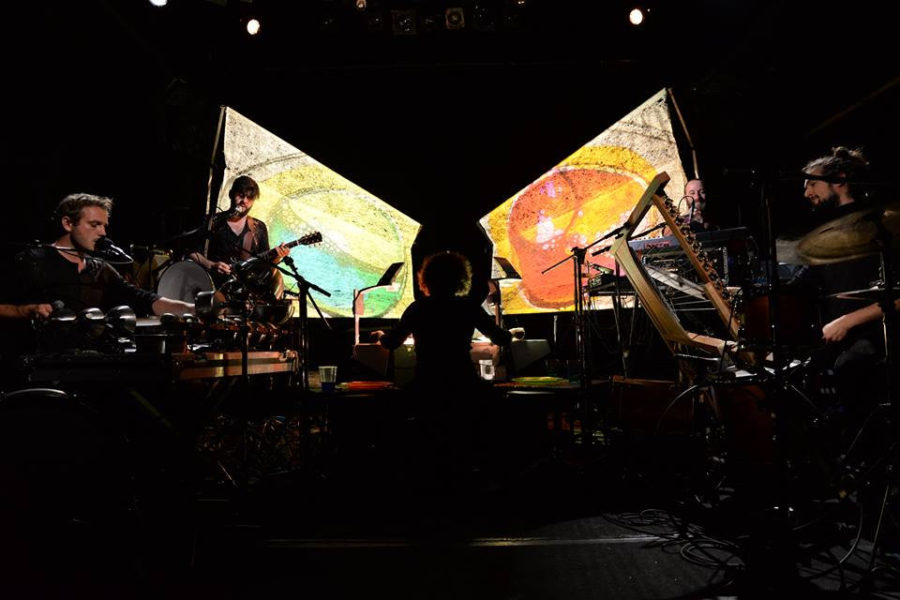 Helved Rum, RADIATION10, Hippie Diktat, MeTaL-o-PHoNe, Coax Orchestra, Magnetic Ensemble, We Are All Americans, so many groups in which they have been craftsmen of music for several years. Vegan Dallas develops a music that calls upon distant idioms (Tibet, Bali, Tuaregs, “Alafrican” sound system), or those close to the Parisian periphery (urban sounds, mechanical sounds, residues of engine noises…). It is based on ancient trance principles (Pygmy, Gnawa), or very modern ones (electronica 21st century).

One thinks of the sounds of John Cage or Xenakis’s Sixens, but also of western pop, Caribbean industrial, electroacoustic music… Here is a group with a surprising and original instrument making: Instruments that have been chased, hammered, made, welded, and destructured, often evoking a familiar sound in our common universe and yet often far from their origins.