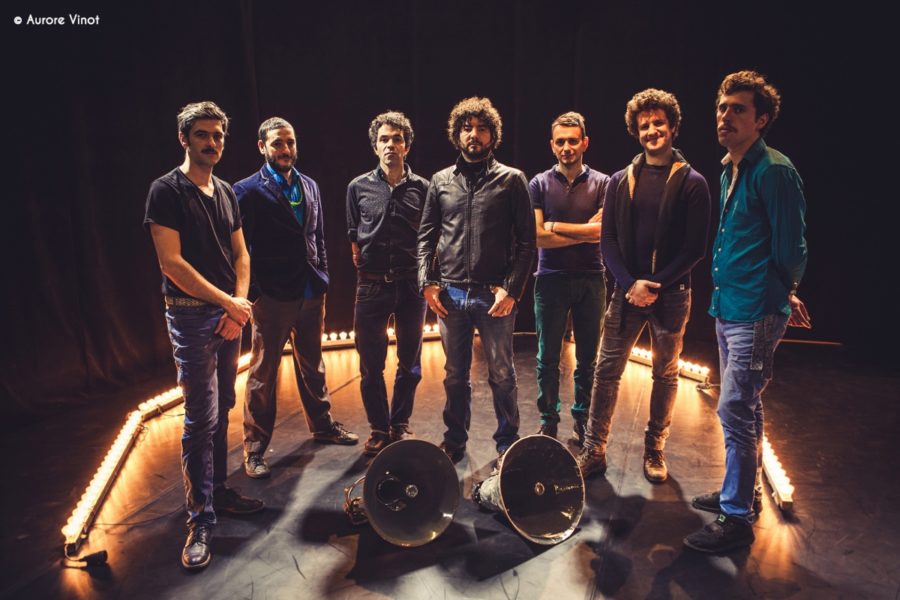 It was believed that Raï had definitively returned to its community origins, forgotten by the general public and the adventurers of musical creation. But in Pigalle, Sofiane Saidi, a singer who came a long time ago from Sidi Bel Abbès, waits every evening until nightfall to reach the stars (El Ndjoum). With his throat open, he sings to them of love, the intoxication of his happiness or the abyss of his frustrations and the stars smile at him, like the girls and boys whose eyes sparkle to the sound of his deep voice and his aerial melismas. Like the sheikhs (old) or the shebs (young), he speaks to them, straightforwardly in dialectal Arabic, but Sofiane also fears that Raï has little future, so he tries to invent something else. When he feels that a partner has talent, depth, beautiful convictions and that their intuitions communicate, he does not hesitate to share the adventure. That’s how he meets Mazalda, a talented band of musicians free of borders and styles. Mazalda is passionate about Raï, that of Rimitti, the first Khaled or Mami, inspired and sulphurous productions of the producer Rachid Baba Ahmed, second martyr of the genre after Hasni. Together they build up a repertory, which by dint of invention becomes new, the repeats leaving room for creations. From relentless rehearsals to extraordinary concerts, the pieces take on a patina and become more efficient, opening the way to luminous intuitions. At the end of three years comes the time of the recording. Thus, the Raï is back with the album “El Ndjoum”, completely renovated, detoxified from the useless and superficial slag, which it had been boasting about for a while.