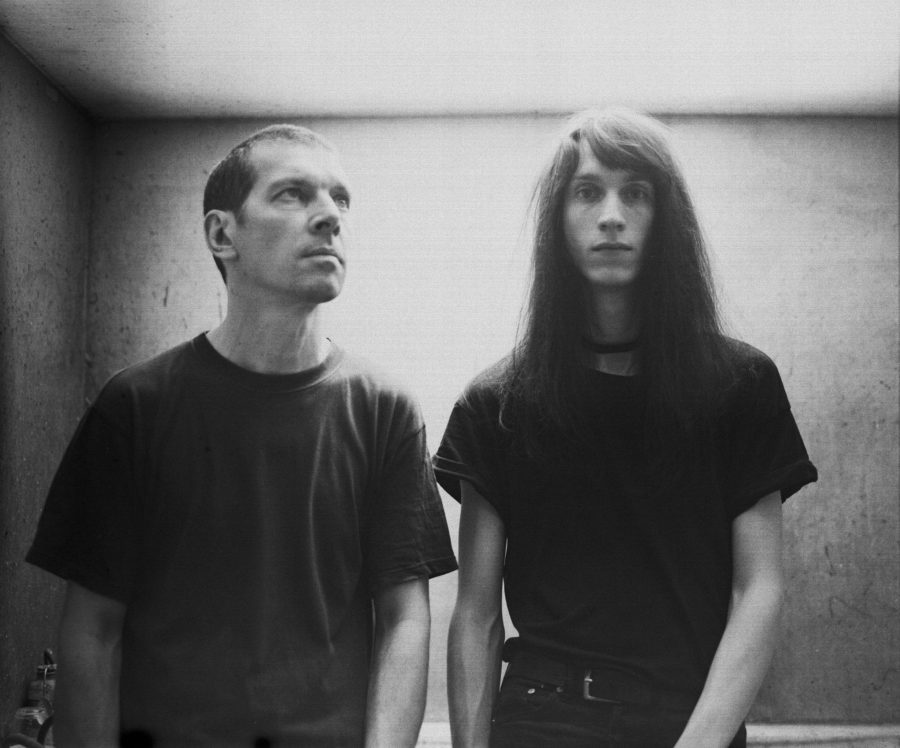 Magrava is a noise duo formed by Cyril Meysson (guitar -also in Noyades) and Rodolphe Loubatière (drums). After their first LP Sédition released in 2017 and noticed by magazines such as Wire or Revue & Corrigée, their new album ʭɧ was released in October 2019 on the Chinese-French label WV Sorcerer Productions, specialized in dark and experimental music.
To the urgency and vivacity of their first record succeeds a much more direct path: a bubbling sound matter that aims at trance not in rhythmic repetition, but in the total abolition of measure as well as the complete saturation of sound space.