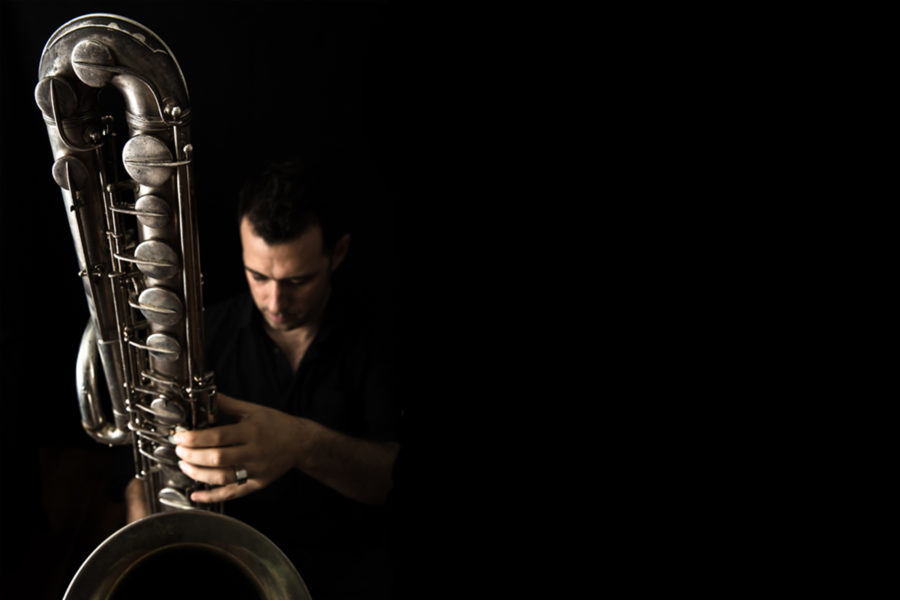 In the morning fog.

Jason Sharp is an artist and composer from Montreal’s experimental and improvised scene. As a saxophonist he mainly explores drone and progressive music, collaborating in parallel with many artists close to the Constellation Records label (Thee Silver Mont Zion / Land Of Kush Orchestra) but also free jazz stars such as David S. Ware, Peter Brötzmann, Joe McPhee and Ken Vandermark. Sharp uses custom-built equipment to translate breathing and heart rate to a wide range of sounds, as well as other signal processing devices in conjunction with other traditional instruments. A Boat Upon Its Blood, Sharp’s self-titled debut album, is a meditative, multi-movement instrumental work that traces an arc of shifting energies and intensities, tracing a heterogeneous cycle of minimalisms and maximalisms. Featuring Sharp’s reed playing and the contributions of several guest musicians, most notably Josh Zubot on violin and Joe Grass on steel-pedal guitar, Sharp appears as a unique and invigorating new voice in contemporary music.

“A triumph. There’s so much going on in this record it’s hard to know what to highlight – sounds rise up like condensing steam against modular electronic mutations”