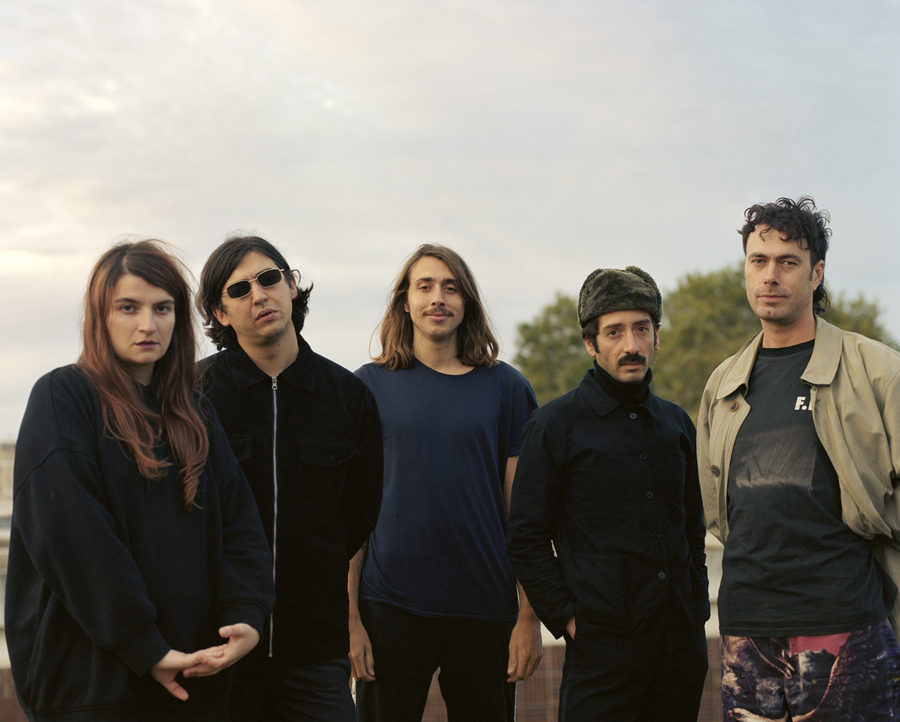 That year, the night lasted five months in a row. Every day, when Benjamin Dupont woke up, the sun had been below the horizon for hours. Between 10pm and 4am, locked up secretly in Studio S**** with Marc Portheau, they piled up guitars, turned over amps, chopped over riffs, simplified arrangements and arbitrated. In the early morning, Lauriane Petit sees Benjamin coming back as she leaves to work. Without a word, he lies down. The sun pulls on his eyelids while, in his head, the journey continues: the pieces of music he recorded all night long slip into his dreams.

There was no need for drugs to record “Vacuum Sealed”. The intensity of the ten songs that compose the album was enough to make the rest of the world disappear. The music is so massive, its presence so thick, that after a month of work, Benjamin and Marc couldn’t even talk to each other. Everything was already there, in front of them. “Vacuum Sealed” would become an absolute classic. One of the cornerstones of their generation, made by musicians who also have – or had – a foot in the Villejuif Underground, Pleasure Principle, Bisous de Saddam or Dame Blanche…

Like all great albums, it opens with a screaming introduction (“Greeting From The Space Boys”, a middle finger raised by the whole band from the stratosphere – or Lauriane Petit on bass and vocals, Raphael Berrichon and Medhi Briand on guitars, Paul Ramon on drums). The band goes from one breathtaking track to another (“Excuses” sung by Lauriane like a Kim Deal composition, “Sad Toys” or the paroxysm of dancing melancholia, “Pictures Of You” or the best guitar riff ever played with a vibrato) before hanging on a thread. At this point of the record, one could believe that Bryan’s Magic Tears is the gifted son of The Jesus & Mary Chain, My Bloody Valentine and Primal Scream. In 1991, this side of the album would have been recorded by a British band and released by Creation. Except that we are thirty years later, that it is made by a band with a Norman soul and published by Born Bad Records.

So we have to flip the record.

“I don’t want to be this 33-year-old guy playing teenage rock.”

After showing off the muscles on one album side, Benjamin Dupont digs a little deeper into his own veins and transfigures his band’s music. They’ve been mistaken for drugged-out wankers, a band that makes big noise because they have three guitars on stage, slackers singing nonsense in false english. The B-side of “Vacuum Sealed” features three autobiographical pop songs with absolutely impeccable lyrics and melodies. In “Tuesday” – “a song about when it’s Tuesday and you’ve got zero serotonin in your blood because you’ve been taking pills all weekend” – “Isolation” and “Always”, despite the drum machines and the false air of lightness, it’s the Smiths’ fan who speaks. The great melody maker.

“I think the biggest difference between Bryan’s Magic Tears and other bands in our genre is that a lot of them forget that they’re going to sing over their music.”.

One last display of overpowering production later – “Superlava” – and there it is: you thought Bryan’s Magic Tears were taking drugs to make music to take drugs to. In fact, they do the opposite. They compose a repertoire that will outlive them, songs we can already imagine in the mouths and on the fingers of the future generations that will rediscover this marvelous album. Because “Vacuum Sealed” will be that. One of the guitar classics of the early 20s. And there’s nothing we can do about it. Their talent is too great. Period.