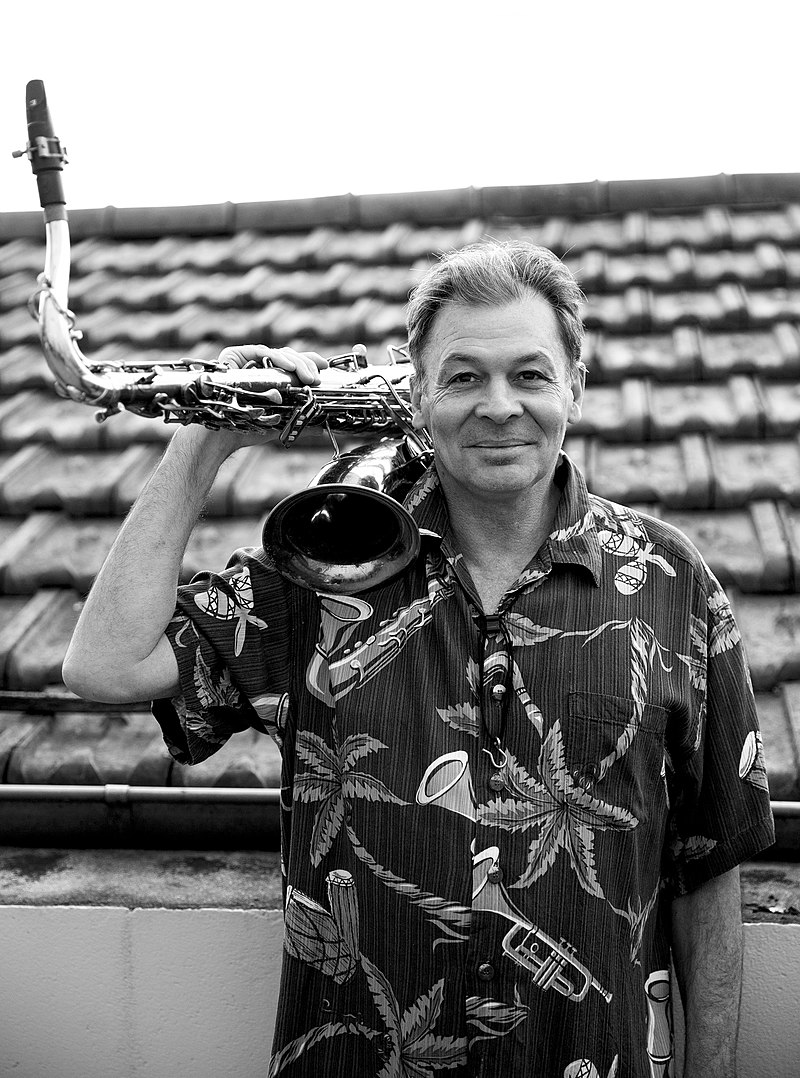 Born in 1960, Michel Fernandez came from the free jazz movement and the fusion experiments with African music. He has recorded numerous albums for the labels Rdc Records, Steeple Chase, Cristal Records, Futura Marge. He breathed the great airs of freedom with the Celestrial Communication Orchestra (Paris) directed by Alan Silva and then with John Tchicai (pioneer of the New Thing New-York and former companion of John Coltrane) who gave him the opportunity to play with Pharoah Sanders. His post-free playing bears the trace of his long stays in black Africa and the Maghreb where he performed with various groups in pan-African festivals and French Institutes (DakarJazz Festival, Congo n’dule festival, Tanjazz, Casajazz festival…) He notably crossed his sax with Fela Kuti in the afrobeat movement of the 90s. Michel Fernandez was nominated for the “Talent Jazz actuel” official selection of the Festival Jazz à Vienne.