“Sorry, but with all these reports due to Covid, the booking is already full”

This is the next world. Nice, it makes you dream. Already in the world before, I found that spontaneity had a lead in the wing, now we’ve changed category. Bim, we’re taking two years in our teeth, during which we’re going to play with our projects from before the birth of Covid, while we have new projects full of suitcases.

No really I think it annoys me too much and brings up old demons. For example: wouldn’t the live show (or at least the music) need a much shorter time between creation and diffusion? We played the game of long time when it came to structuring ourselves, self-producing, self-communicating, etc. We’ve been playing the game of long time when it comes to structuring ourselves, self-producing, self-communicating, etc. Very well, it’s been done. Now let’s try to rethink the short time. Just to see. Let’s try to have more and more reactive interlocutors and places adapted to slightly more spontaneous forms, without a convoluted promotional plan and sterile web development strategy. Money and profitability are obviously not a problem at the moment, so let’s make the most of it.

Let’s think of other formats, let’s collaborate, let’s be enthusiastic, let’s give new importance to the word “live” and let the word “show” the possibility to create itself in the moment. This seems urgent and necessary to me.

And then I have another old demon that emerges: I realise that faced with this need for reality, the web has paradoxically taken up too much space and it doesn’t want to stop. Without even mentioning virtual concerts, which at least have the merit of providing palliative care, the great gang of streaming boxes has set foot in the door of reality. It’s not far off the time when we’ll decide which city to play in based on the geographical location of our spotify followers (who are nothing more and nothing less than the new ones like Facebook and YouTube views). What an unpleasant prospect… The algorithms, after deciding what we should listen to (and read and think), will decide what we’re going to see in concert. And as far as the short time is concerned, they have already invested a lot of time, but only taking into account the “consumer side”. It would seem necessary for an artist to release one track or album per month to be really visible on the platforms. That’s good, we all have a superb home studio from the confinement. So here we go, we all produce music at home and we wait for enough people to listen to it to know where we’re going to play?

As far as I’m concerned, all this doesn’t thrill me at all. And if I believe the people I work with, I’m not the only one. Because yes, there are many of us, artists and presenters, who ask us questions, looking for meaning and solutions to all this. And that’s why it’s annoying. Because it’s right there, not very far away, that it’s pointing its nose everywhere. So go. Let’s go. Let’s start by cancelling Covid’s postponed dates, let’s erase the programming debt (moral and financial), let’s invest in the near future (let’s not start programming 2022 please) and let’s reinvest in local music venues. And while we’re at it, let’s offer our dematerialised music to the public free of charge rather than recovering in royalties barely enough to buy a round of pain au chocolat, that will make people happier.

I say to myself that in order to invent a new sustainable and responsible culture, shouldn’t we start by imagining a culture that is reactive, humane and devilishly more anchored in the present?

Well, I’m still a bit annoyed, but at least it feels good to say it.

Romain Dugelay is a composer and musician in many different formations. He manages the Compagnie 4000 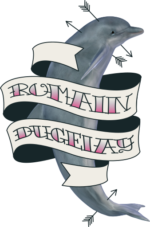